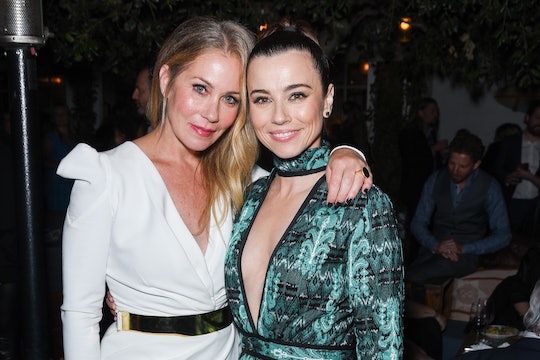 Don't Panic, Season 3 Of 'Dead To Me' Is Coming To Netflix... Eventually

If you blew through the first two seasons of the Netflix original series Dead To Me, you are not alone. The hilarious, unpredictable comedy has been nominated for Outstanding Comedy Series at the 2020 Emmy, so it's only fair to wonder when Dead To Me Season 3 will premiere.

Dead To Me' is coming back for a third season, but unfortunately it will the show's last. The show starring Christina Applegate and Linda Cardellini as unlikely pals Jen and Judy was renewed for Season 3 in July after drawing in rave reviews, according to Deadline. "From start to finish, Dead To Me is exactly the show I wanted to make. And it's been an incredible gift," the show's creator Liz Feldman told Deadline.

"Telling a story sprung from grief and loss has stretched me as an artist and healed me as a human. I'll be forever indebted to my partners in crime, my friends for life, Christina and Linda, and our brilliantly talented writers, cast and crew," Feldman went on to tell the news outlet. "I am beyond grateful for Netflix for supporting Dead To Me from day one, and I am thrilled to continue our partnership."

Although it's unclear when the final season will premiere, it is very likely that it won't come out until 2021, as Oprah Magazine reported. After all, Season 2 just came out this past May, so it may be a little while before the newest makes its way to Netflix.

Because of the coronavirus pandemic, the show will start filming its final episodes "whenever filming is possible," according to The Hollywood Reporter. Feldman told the magazine that they won't even try to be back in production until December of this year.

While there is no telling how the series will end, Feldman did tell the Los Angeles Times in May that the coronavirus will shape how she approaches the next season. "I had certain ideas that I was really excited about, but given sort of where we're just at as a global community, I'm rethinking it because of the situation that we're all in," she told the publication.

Fans will just have to wait until next year (or maybe a little while longer) to see how Dead To Me ends.