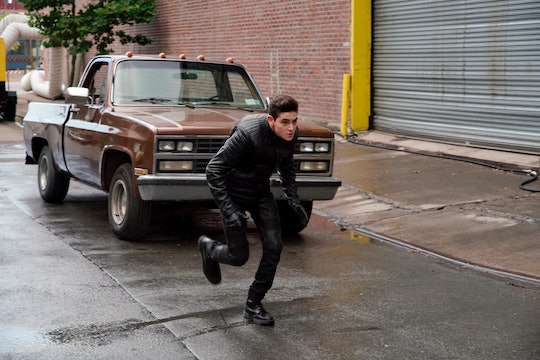 After a long wait, fans are getting ready for the fifth and final season of Gotham. The Fox drama centers around Jim Gordon and the sinister forces of Gotham City that transform a young Bruce Wayne into his superhero alter ego, Batman. The Season 4 finale ended with the city in chaos, so fans are anxious to dive back into the action. So when does Gotham Season 5 premiere?

Luckily, fans don’t have much longer to wait, because Season 5 of Gotham premieres on Thursday, Jan. 3. at 8 p.m. ET on Fox. It’s been a tough few months for Gotham fans, knowing that the series is coming to an end. Towards the end of Season 4, Fox announced that the series would be renewed for a fifth season, but it would also be its last. This came as disappointing news for fans, but it gave showrunners the opportunity to wind down the series in a way that fans could really enjoy.

Season 4 left off with Gotham City cut off from the world and over run by Jeremiah and a host of other shady villains. But in Season 5, this “No Man’s Land” story arc will help turn Gotham’s varsity characters into the full fledged comic book heroes and villains they are to become. In the trailer for the final season, you can catch get a glimpse of the iconic transformations you’ve been waiting to see since Season 1.

Not only does Selina Kyle finally don her iconic cat eyes, Bruce finally embraces his inner bat, and steps into the role of the Dark Knight. You’ll also see Bane make an appearance in the trailer, as a friend of Jim’s who once served in the army with him. Barbara and Jim share a tender moment in the promo (a ship fans have been long rooting for), while Lee and Edward Nygma share a deadly one.

In an interview with TV Insider, Gotham executive producer John Stephens revealed that the final season will find Gotham City being run by famous DC overlords, including Ventriloquist, Scarface, and Lady Shiva, with Firefly, Mr. Freeze, and Scarecrow running their own neighborhoods as well. He noted that while Jim and the Gotham City Police Department try to take the city back one block at a time, Bruce will try to infiltrate the gangs and take on a new identity every time.

Gotham actor, writer, and director, Ben McKenzie told Screen Rant, that knowing this was the end of the series made it easier for the showrunners to put everything fans were asking for into the final season. “A lot of the questions that we get asked at Comic Con are, like, ‘When are you going to do this, when are you going to do that?’ Well, right damn now, we’re going to do them, because we don’t have any more time,” McKenzie told the outlet. “John Stevens and the writers have created a pretty great template for ‘No Man’s Land’, in which all hell breaks loose, but also a plan throughout the 10 (later expanded to 12) episodes to sprinkle in various things the fans want to see in a way that pays off. In a way that doesn’t just feel like lip service.”

Hopefully, with all the storylines and iconic transformations abound in Season 5, the final installment of Gotham will come with a sense of closure for fans.