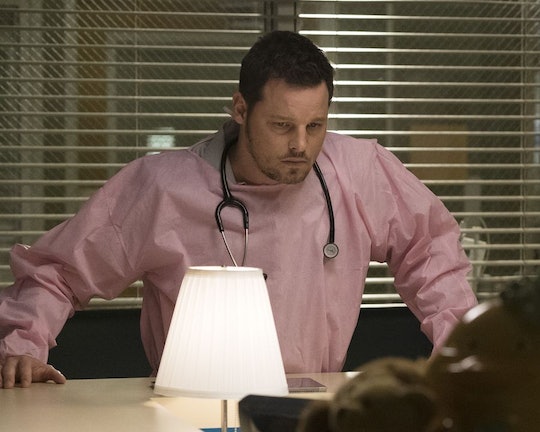 It has been quite the interesting journey Grey's Anatomy Season 13 has taken. From Alex Karev's will-he, won't-he go to jail storyline to Meredith's attempts to move on from Derek, there's been no shortage of drama to reach Grey Sloan Memorial. And while fans still have the finale to look forward to (or dread, depending upon what happens to poor Edwards), many are already starting to wonder one very important question: When does Grey's Anatomy return for Season 14?

That's right, Season 13 may not even be over with yet, but that doesn't mean we can't start to look forward to the upcoming season. I'm sure, by now, many of you are probably familiar with the general routine your favorite shows like Grey's go through. Normally, they premiere in September and wrap up in May — and I have a feeling Season 14 will be no different. While it's true that no official premiere dates have been announced for the fall lineup, ABC has unveiled the general schedule for the fall season, confirming that Grey's will once again dominate the Thursday night 8 p.m. timeslot with Scandal and How To Get Away With Murder following close behind in its wake.

After all, it wouldn't be Thursday night without a ton of Shonda Rhimes content, right?

So if I were a betting person, I'd say that Grey's Anatomy Season 14 will most likely debut on either Sept. 21 or Sept. 28. Though, again, this is all just speculation for the time being. Either way, that still leaves us with multiple seasons without our favorite Seattle doctors. And knowing Rhimes, the series is bound to end on a jaw-dropping cliffhanger that will leave fans begging for more immediately after it ends.

Last viewers saw, a massive explosion occurred inside of the hospital after Edwards set an attempted rapist on fire who got too close to a gas tank. Edwards realized what was about to happen and made an attempt to stop it, but it was too late. The entire room went up in flames, but will Edwards make it out alive? There's talk that Jerrika Hinton, who plays Edwards, will no longer be a series regular after Season 13. Will this result in her death, thereby explaining her absence or will she survive but want to get as far away from this hospital as possible in light of what happened?

Right now, it could go either way, but regardless, it's bound to make the summer-long hiatus even more torturous than usual if her fate is left up in the air.