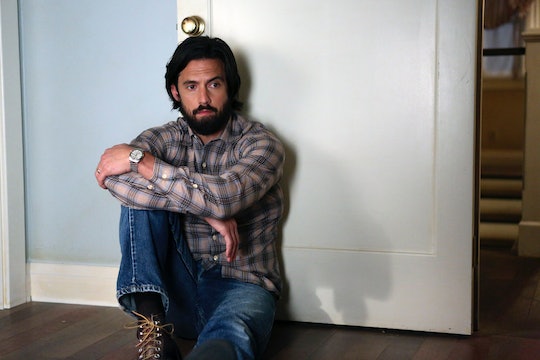 When Does Jack Die On 'This Is Us'? He's Been Gone For A While

The reveal of Jack's fate on This Is Us was upsetting, but it didn't come as a big surprise. Audiences began to suspect something was up when every other character appeared in the present day storyline except for Jack. He was so devoted to his wife and kids that there was only one possible explanation for why he wasn't there: something terrible must have happened. So when Kate told Toby that her father was dead, it made sense even if it was still heartbreaking to learn. But how much longer do audiences get to enjoy having Jack around? When does Jack die on This Is Us?

Kate's explanation was light on the details, but it could provide some potentially elucidatory hints. She explained to Toby that football was a major point of bonding in her family, particularly between her and her dad, and she used to watch the Steelers with Jack every single Sunday. "Until I grew up," she said, "And I moved out here and I just got out of the habit." It wasn't until the 2006 Championship that she started again; she wanted to watch football with her dad again, and now that's just what she does. It's her way of grieving and celebrating at once, honoring Jack and the special bond they shared.

But the date is curious. Though it's not stated outright, something about the way Kate tells the story makes it sound like the 2006 Championship was when she started her new tradition of watching the game with Jack's ashes. If that assumption is true, then that would mean he died sometime before 2006, which opens up a lot of possibilities. There are other clues, too, like the fact that Randall's children call Rebecca's second husband, Miguel, grandpa, indicating that he is the only grandfather they've ever known. Randall's eldest daughter doesn't seem to be older than ten or so, which tracks with Jack being gone for at least a decade.

Actress Chrissy Metz told Entertainment Weekly that Miguel was "obviously our stepfather for some time," so his relationship with Rebecca has been going on for a while. However, if Jack had died when his children were in their early twenties and presumably already fairly independent, the impact of Miguel appearing in their lives as a stepfather wouldn't be quite the same. Randall's passive aggressive behavior with Miguel has a teenage vibe to it as well. Based on these unscientific clues, I would speculate that Jack passes away when the triplets are teenagers, creating maximum angst and drama when Rebecca gets together with Miguel.

Then again, it's also totally possible that Jack passed away after 2006, and that was just the last time Kate got to watch the game with her dad, making her new tradition all the more bittersweet. There is still a lot that hasn't been revealed about the family at the heart of this show, including how Jack died, and without more information everyone can only guess.