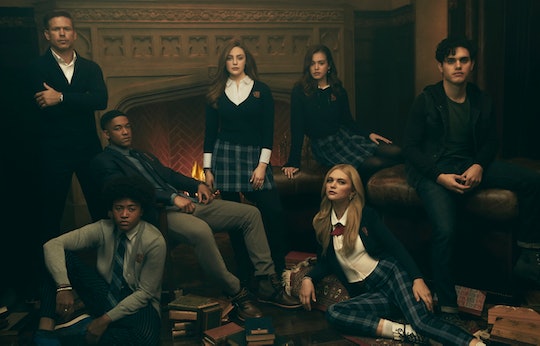 Though it seems like it just began, the CW’s supernatural high school spin-off series, Legacies, is now on winter hiatus. This is par for the course — with very few exceptions, networks typically refrain from airing new episodes of their original programming during the holiday season. Many take off starting around Thanksgiving, but the CW, which didn’t begin its fall programming until mid-late October, has given the gift of new episodes in December. So when does Legacies return in 2019?

A quick rundown for those not in the know: Legacies is actually a spinoff of a spinoff. The Vampire Diaries is about a teenage girl, Elena (Nina Dobrev), who falls in love with a vampire and quickly learns that all of those spooky Halloween creatures (werewolves and witches, too) are very real, and a big part of her small Virginia town. Four seasons into its eight-season run, The Vampire Diaries was a huge hit, and spawned a new series, The Originals, about a family of vampires who were the first to ever exist (thus the title). This show, which ran for five seasons also on the CW, wrapped up in Aug. 2018, just in time to usher in a new era.

Now Legacies, which also comes from The Vampire Diaries and The Originals creator Julie Plec, has begun airing on the network. Just seven episodes in, the series follows Hope Mikaelson, the teenage daughter of a werewolf and a hybrid (vampire and werewolf — yes, such a thing exists in this world) who attends a school for the supernatural, the Salvatore School for the Young and Gifted. (TVD fans will recognize the name “Salvatore,” which comes from the vampire brothers who are the catalyst for the series.) Along with a sea of new and returning characters, some the children of characters who have popped up here and there, like Alaric Saltzman, the headmaster of the Salvatore School and the longest-running thread through all of the connected series.

Following Legacies’ Dec. 13 mid-season finale, the series will, as previously stated, take a short break for Christmas. But before you even have a chance to pack up your stockings and take down the tree (I mean, probably, because who does that before February?), it will return — the eighth episode of the series airs on Jan. 24. So that’s just a little over a month off. And the back half of the season promises to be even more exciting than the first, with nine episodes scheduled in order to complete the promised 16-episode order. Considering how successful the previous two series in this universe were, and how well the series fits into the network’s “high school drama with a twist” niche, it’s safe to say there is probably another season in the works. So if the January mid-season premiere isn’t enough to keep you going, remember that there’s a likely a lot more to come.