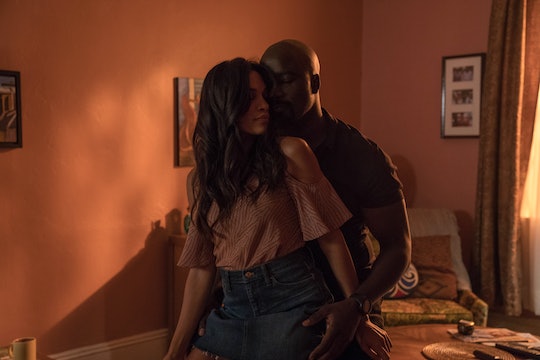 Fans Are Already Fired Up For 'Luke Cage' Season 3

The wait may be long, but Luke Cage Season 2 will give fans a lot to enjoy in the meantime. In the new season, Luke is well-known as the hero of Harlem, a title he's clearly leaning into judging by the season's trailer. However, a new villain has come into town to knock Luke down a few pegs. The new villain is Bushmaster, a classic Luke Cage comic book villain. Bushmaster, played by Mustafa Shakir, has his own enhanced powers as well as serious skills in capoeira, an Afro-Brazilian martial art.

Bushmaster was also a part of the Serpent Society in the comics, which was a group of villains that fought against Captain America. It's doubtful the introduction of Bushmaster will somehow lead to the Marvel Netflix and film crossover many fans are looking for, but it's certainly possible that Bushmaster could mark the introduction of a new group of villains to replace the Hand. Perhaps this could also hint at another season of Marvel's The Defenders down the road as well. One can certainly hope.

Along with the new villain, Luke will face old villains as well. Though Cottonmouth died at the hands of his sister last season, Mariah and Shades are back again for Season 2. And while Bushmaster handles Luke, it looks like Mariah is still aiming to be the queen of Harlem. With so much going on, Luke will most likely need an assist. It's a good thing he'll have Misty Knight by his side.

The pair, who had a brief hook up in the first season, have since become good friends and partners. However, during Marvel's The Defenders, Misty's arm was sliced off by Bakuto, a member of the Hand. Though that was hard to watch, fans of the comic books were excited because it meant that Misty was finally getting her bionic arm. Marvel has kept under wraps how she gets the arm on the show, but in the comics it was a gift from Tony Stark. No matter how she got it, based on the trailer for Season 2 it's clear she'll be putting the arm to good use. She'll also continue her friendship with Colleen Wing, and together they'll help Luke face off against the villains plaguing Harlem.

Luke Cage Season 2 is now streaming on Netflix, so definitely check it out and keep your fingers crossed for Season 3.