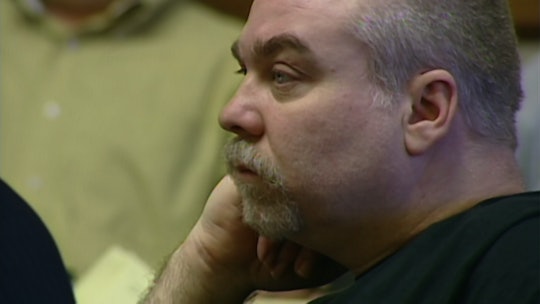 When Does 'Making A Murderer' Season 2 Premiere? Netflix Confirms Another Installment

If you, like me, were super grateful to Making a Murderer Season 1 for providing a welcomed escape from family-time overload last holiday season, then get ready, because Season 2 is on its way. Netflix confirmed this week that it will carry Season 2 of the crime documentary, and, in a somewhat surprising twist, they announced that the next season would continue to focus on the case against Steven Avery and his co-defendent and nephew, Brendan Dassey. So when does Making a Murderer Season 2 premiere? Netflix hasn't released a timeline or an episode count yet, but the first season premiered on December 18th, 2015, so fingers crossed for a similar timeframe this year.

While most of the addictive crime docuseries we've gotten hooked on in the past couple of years tend to contain their focus to one case per season (eg., Serial, American Crime Story), Making a Murderer is breaking the mold by continuing to tell the story of Teresa Halbach's murder in Season 2. It would be easy to assume that, after documenting Steven Avery's case for 10 years, creators Laura Ricciardi and Moira Demos felt ready to move on. On the other hand, because they've been shooting for 10 years, they likely have plenty of material to work with for a gripping followup.

Season 2 will focus on the aftermath of Steven Avery and Brendan's conviction. After exhausting the appeals process at the end of Season 1, they are now each working with separate legal teams to challenge their convictions, while the State of Wisconsin continues to uphold their sentences. (Incidentally, after Making a Murderer was first released, fans of the show petitioned President Obama to pardon Steven Avery with 500,000 signatures. But a president can only pardon folks who have committed a federal crime.)

Said Ricciardi and Demos in the announcement, "The viewers’ interest and attention has ensured that the story is not over, and we are fully committed to continuing to document events as they unfold."

Part of this particular case's appeal is that Steven Avery once spent 18 years in prison for a sexual assault that DNA evidence eventually exonerated him of. Only two years after being released, Steven was arrested again and charged with the murder of another woman. The Manitowoc County police department plays an interesting character in the show, depicted as the villains who are determined to set up Steven Avery. Needless to say, it will be super exciting to get a real sequel to the brilliant narrative set up by Making a Murderer's first season.