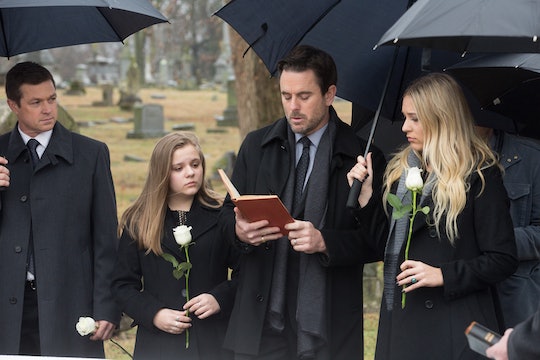 'Nashville' Is Taking A Significant Break

Nashville has only been back for a little over two months, but it's already time for the show's first midseason break at its new home on CMT. Truth be told, it's a well-timed hiatus, considering the show just killed off its lead character. Nashville did take an episode to let the dust settle a bit around the fallout before the midseason finale, which will presumably act as a semicolon for what story is left to tell after Rayna's death. But now that the show has moved from network to cable, some fans may be wondering: when does Nashville Season 5 return? Midseason breaks on cable are typically much longer, since the seasons are more subtly crafted than on network television.

While there isn't a return date set just yet, Nashville's executive producer Marshall Herskovitz told TVLine that Season 5 would have an upcoming time jump that roughly mimics the length of the break. Episode 11 is the March 9 midseason finale, and, said Herskovitz, "When we come back, for the 12th episode, there will be a time jump equal to the amount we’re off the air: two-and-a-half to three months."

A two-and-a-half to three month break would put the midseason return somewhere around the beginning of June 2017.

The good news for Nashville fans is that showrunners are in no way using Rayna's death as an excuse to wrap up the series. In fact, Herskovitz told Deadline that they already have plans for where to go in Season 6, should they get a renewal from CMT. He rightfully points out that Nashville has always been an ensemble show, with Juliette and Rayna at the center.

Juliette is still around and Rayna's family unit seems more tightly knit together than ever before, especially with Scarlett's newly beefed up role, providing surrogate maternal energy for Maddie and Daphne. It's entirely possible that Rayna's whole family will become a stand-in for her character's role on the show. Even Lennon and Maisy Stella have matured from cute, talented musical fillers on the show to deep and complex actors. Their character work is the best it's ever been in the wake of Rayna's death, proving that they might really be able to sink their teeth into more mature storylines in the future. It seems clear that the end of Rayna Jaymes certainly isn't the end of Nashville, no matter how much it feels like it may be.