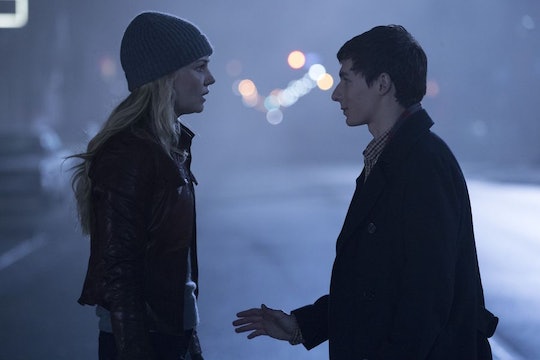 The Once Upon a Time season finale is almost upon us and though it's technically still being referred to as a season finale, fans have worried if it will double as the series finale as well. Thankfully, ABC has decided to renew the series for another go-around, even in light of Jennifer Morrison's upcoming departure as Emma Swan. So now that the fate of Storybrooke is safely secured, the next question you should be asking is: when does Once Upon a Time return for Season 7? No official release date has been announced yet, though I'm sure it will end up being sometime in September 2017 like so many seasons before.

Earlier this year, Deadline revealed that the original OUAT cast were at the end of their six-year contracts and were in negotiations about continuing on for a seventh season, if they were granted with a renewal. It was then revealed that show creators Adam Horowitz and Edward Kitsis were discussing the seventh season as a sort of Once 2.0 that would center around Emma (Jennifer Morrison), Regina (Lanna Parilla), Rumple (Robery Carlyle) and Hook (Colin O'Donoghue). That list didn't include Mary (Ginnifer Goodwin), David (Josh Dallas), and Henry (Jared Gilmore).

However, now it looks like that plan didn't pan out because Morrison recently announced that she turned down the invitation to renew her contract with the show as a series regular. In an Instagram post, she announced that she will be leaving the show after Season 6 and if there is a Season 7, she will appear in only one final episode.

Morrison's decision to exit the show doesn't seem to have changed the creators' idea for a revamping of Once for Season 7. According to TVLine, the season finale will introduce two new characters who will be a part of this narrative "reset," and that Season 6 only marks an end of this chapter of the show, but not of the whole series.

Still, without Morrison it is difficult to imagine how the show can continue, especially since she was one of the only four cast members invited to renew their expiring contracts. Though Morrison is obviously not the only character of note on the show, she was the protagonist. As the Savior, the show really began as her story and even with a Season 7 pick-up, many fans may not want to watch it without her.

Furthermore, it has now been confirmed that Ginnifer Goodwin (Snow White), Josh Dallas (Prince Charming), Jared S. Gilmore (Henry), Rebecca Mader (Zelena), and Emilie de Ravin (Belle) also won't be returning as series regulars, though Lana Parrilla (Regina), Robert Carlyle (Rumple), and Colin O’Donoghue (Hook) will be back next season. So the series is definitely going through quite the change up.

For now though, fans can still enjoy the two-hour season finale and see what kind of cliffhanger the show has in store for all of our favorite fairytale characters.