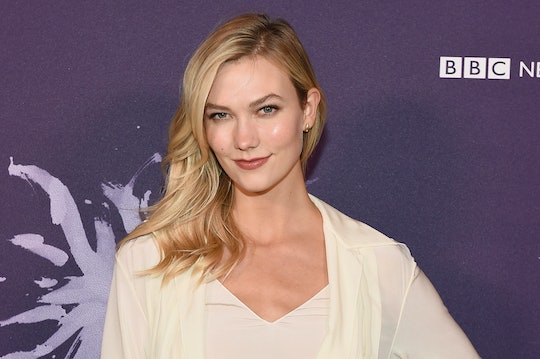 'Project Runway' Is Returning To Bravo This Year

When Project Runway first left Bravo for Lifetime, it was a decision that left the fanbase divided. Not everyone adored the direction the show went in when it switched networks, though it did go on to spawn several more seasons and a few spinoffs. Now the show will be returning to its original network after a decade away. But when does Project Runway premiere on Bravo?

It's not clear when Season 17 of Project Runway will air on Bravo, though the network has announced that it will be sometime in 2019. In June of 2018, Bravo revealed that pre-production had begun; it'll take at least a few months to prepare, cast, film, and edit, but the new season should air before the year is through. It's difficult to be more specific than that because Project Runway has been on another network for so long. It could air on any day at any time. It probably won't be sticking to a 10 year old schedule now that so much has changed.

And there will be even more changes when the show returns. Though not technically a reboot or revival, Season 17 of Project Runway won't be exactly the same show that fans might remember from its initial premiere in 2004. The cast and crew is going to be shaken up a little when it debuts in 2019.

In a statement reported by Bravo, Frances Berwick, the President Lifestyle Networks at NBCUniversal Cable Entertainment, promised that Project Runway will "drive the same level of fandom and passion as we experienced last time it was on Bravo." It will still be a show about aspiring fashion designers competing week to week for a major prize, with the help of some industry insiders. The judges have cycled in and out over the years, but host Heidi Klum and mentor Tim Gunn have been steadfast. Now new people will be stepping into those familiar roles.

According to E! News, supermodel Karlie Kloss is going to host the show in Season 17, with former Project Runway winner Christian Siriano stepping in as mentor. Nina Garcia remains the only judge to have stuck it out from back in Season 1, but she'll be joined by designer Brandon Maxwell and Teen Vogue Editor in Chief Elaine Welteroth. If you miss Klum and Gunn, then you'll have to seek them out on their recently-announced Amazon Prime series. Unfortunately, no details have been released yet — not even a title. The only guarantee is that it will be about fashion in some capacity.

While speaking to Bravo's Daily Dish, Kloss expressed excitement over getting to take part in Project Runway as a host and producer, especially since she'd grown up watching the show. She said she was thrilled "to inspire, support and help guide these designers as they realize their visions and build everlasting brands and businesses."

The Project Runway returning to Bravo won't be identical to the show that left all those years ago. But reinvention is part of the fabric of the series, so it should be able to craft something new and exciting in 2019.