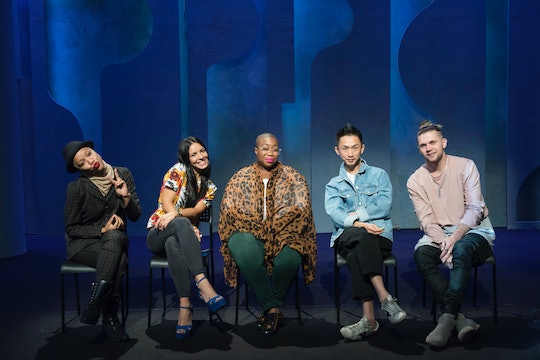 You know how it is. In fashion, one day you are in and the next day you're out. Except for Project Runway, apparently, which shows absolutely no signs of ever stopping or going away. Now that Season 16 is coming to a close, you may be wondering, when does Project Runway Season 17 premiere? There has been no official date announced yet for the show, so all of us fashion fans will just have to sit tight and wait to see when a whole new group of designers will grace the runway. This show never says "auf wiedersehen" for too long.

Wait just a minute, ma'am, you may be thinking at me. How do we even know that this wasn't the last season of Project Runway ever?' And that's a fair point, because 16 seasons really does feel like a lot of time for anything to be on the air. Well, not to worry everyone because the show's future has already been pretty much guaranteed. Last year, following the end of Season 14 in November, it was announced that the show had been renewed for three more seasons, which means that Tim Gunn still has a job for at least those three years. Seriously, what does he do outside of this show?

Because I don't have an exact date, I will just have to use my best judgment to guess when the show will return. Project Runway began way back in 2004 when it was still airing on the Bravo network. It moved over to Lifetime in 2009 for Season 6. The schedule of when the show appeared was somewhat irregular depending on the season, which makes it hard to predict exactly when it will come on again. Some years the show aired twice a year, once in the winter and once in the summer. Some years it aired in the winter only. Some years in the summer.

Now going into the 17th season of the show, if one is to take the past couple of years as a pattern, it's fair to assume that the upcoming season will air in August or September of 2018, to finish in November. That means there's almost a whole years to wait until new designers arrive. However, this show is one that does like to shake things up. For example, Season 16 was the first season that required the designers to design for several body types, casting models size 0-22 in an effort to bring awareness to body diversity. I am very much in favor of this, and basically every time fashion tries to celebrate body diversity.

If you are worried that a year is too long to wait for more Project Runway, well I wouldn't be too concerned. The show still has its extremely popular spinoffs to keep you satisfied until the main event comes back. For my part, I am a huge fan of the Project Runway Jr. edition because I love to see teens who have already accomplished more in their lives than I have, and also because when they get eliminated I'm fairly sure their dreams aren't totally crushed. It gives me hope for the future.

Meanwhile, Project Runway All Stars will premiere in January of 2018, to bring back some of your favorite designers from seasons past. The kids' edition will likely premiere in the spring at some point, to gear everyone up for the upcoming Season 17 of Project Runway.

As an Emmy-winning reality show, Project Runway has always raised the bar slightly for reality competition shows. With its consistent catchphrases, excellent judges (Nina Garcia forever!), Tim Gunn, and earnest appreciation of fashion, I hope the series is able to goes on forever.