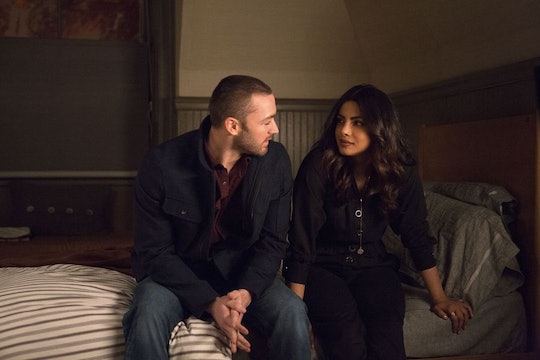 It's that time of year again. Fans are anxiously awaiting to discover the fate of their favorite shows and while some get the good news that a show will be renewed, even more learn that their favorite show has been cancelled. One show currently on the bubble is ABC's Quantico. While many fans may be wondering when does Quantico return for Season 3, they should really be wondering if it'll come back at all. (Update: Quantico has since been renewed for a third season with a 13-episode order.)

Unfortunately, the FBI drama has yet to be officially renewed. It's possible ABC is waiting until the season finale airs before making a decision, but it is a bit concerning that it's one of the few shows that it hasn't been renewed this late in the game. Though the show has a loyal following, its ratings have gone down 45 percent since it's first season, which definitely isn't a good sign for the show. However, some shows do surprise us, so don't give up hope.

If Quantico does return for a third season, it'll most likely premiere in September though it is hard to say what day of the week it will fall on. For the first and second season, the show premiered on a Sunday. However, during it's second season Quantico was pushed to Monday nights. Depending on ABC's line up for the fall, Quantico may continue to air on Monday nights or return to it's Sunday time slot.

If you're unfamiliar with the show, it follows Alex Parrish (Priyanka Chopra) along with other FBI recruits who were training at the Quantico base in Virginia when one of them was suspected of being a sleep terrorist. Naturally, betrayals, suspicions, and bit of romance followed.

Alex, along with her fellow recruits, have come a long way since the start of the show. They're no longer recruits anymore and are playing a much larger game as the face off against a team of elite terrorists called the Collaborators.

Heading into the finale, Alex and her team must figure out a way to prevent the newly minted President Roarke from getting the constitutional convention to make an amendment, which would allow him to dismantle the FBI and CIA and form a new hybrid group. Of course this is easier said than done, but thankfully they have three months to figure it out. Will that be enough time though? It's hard to say.

One thing is clear though, the finale can serve as a series finale if it has to. Showrunner and creator Joshua Safran told TVGuide that while the finale will end with a question, it's one "you could live with the rest of your life... as a series finale or it was a big enough question for a Season 3."

Hopefully there is another season, but at least if there isn't fans will be satisfied.