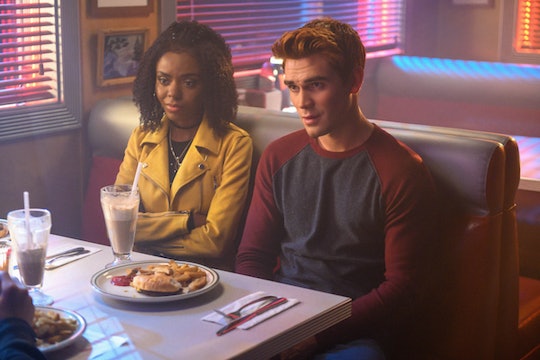 There are just a handful of episodes left in Season 3 of Riverdale, and so far, this season has proved to be one of the series' most exciting. Watching week to week, with commercials in between, might not be gratifying for people who like to marathon their favorite shows. So fans who want to watch the entire season uninterrupted may be wondering: when does Riverdale Season 3 come to Netflix?

As of now, Netflix hasn’t announced an official release date for Season 3 of Riverdale, but if the streamer sticks to its past release schedule, the season may drop sometime in May. Most CW shows come to Netflix about a week after their season ends, and both Season 1 and Season 2 of Riverdale hit Netflix exactly eight days after their season finales aired. Unfortunately, the CW hasn’t announced a date for the Season 3 finale of Riverdale yet, but when it does, you can expect the entire season to come to Netflix eight days after that.

But unfortunately, this may be the last year you get to see Riverdale, or any other CW shows on Netflix. According to Deadline, at a recent Television Critics Association press tour, WarnerMedia chief creative officer Kevin Reilly revealed that many shows would be leaving Netflix to become a part of the company’s own streaming service.

"I think you can expect the crown jewels of Warner” — which include CW shows like Riverdale — “will ultimately end up on our new service,” said Reilly. “Pulling it away (from Netflix)? It’s certainly something we’re willing to do. I think for the most part, sharing destination assets like that is not a good model to share — my belief is that they should be exclusive.”

The CW has exclusive rights to stream their shows on their own platforms while they are on the air, but eight days after a series’ season finale, the entire season heads to Netflix. But, Deadline reported that in his statement to the TCA, Reilly clarified that this won’t be the case going forward.

“The CW with Netflix is not an output deal,” he explained. “There’s a new offering of content coming up in the spring. I think you can anticipate we’re going to be looking at that; we’re very interested in putting that [Netflix's CW series] on our platform.” Reilly added that he thinks that the next five years will be evolutionary for streaming services, and that they will look completely different than they have in the past.

It’s not clear exactly when CW content will be pulled from Netflix, but according to Variety, WarnerMedia’s streaming service will launch a beta version by the end of 2019. This means viewers will probably need to sign up for their service — which will likely be a paid subscription service — to watch future Riverdale seasons. It also means that when Season 3 finally hits Netflix in late spring/early summer, fans will only have a limited time to stream it, so they should try to marathon it up while they can.