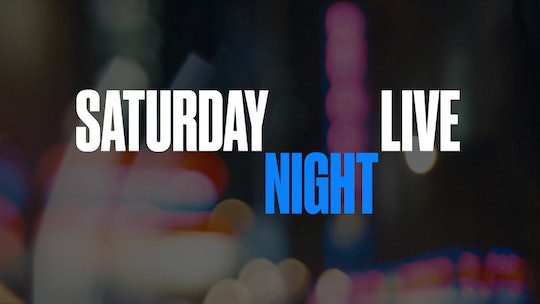 Saturday Night Live wraps up its most recent season on May 20, and you know what that means — a long few months of no new LOL-worthy sketches to obsess over. Thanks to a few hilariously on-point political impersonations introduced this year, Season 42 of SNL has been one of the show's best in years (both in terms of critical acclaim and actual viewership), leaving fans eager for more. So when does Saturday Night Live return for Season 43? I don't know about you, but the anticipation is already killing me.

NBC hasn't yet announced an air date for the Season 43 premiere, but it's fairly easy to guesstimate when the show will be coming back based on prior seasons. Season 42, hosted by Margot Robbie, premiered on Oct. 1 in 2016. Season 41, the year before, similarly premiered on the first Saturday of October (Oct. 3), hosted by Miley Cyrus, who was also the musical guest. Season 40 deviated from that pattern, premiering on Sept. 27 (the last Saturday in September) with an episode hosted by Chris Pratt.

Obviously, Season 43 will premiere on a Saturday (because duh). Unless a major shake-up happens, Season 43's first episode will most likely debut on either Sept. 30 (the last Saturday in September) or Oct. 7 (the first Saturday in October). Fingers crossed that Alec Baldwin's Donald Trump and/or Melissa McCarthy's Sean Spicer make their triumphant returns ASAP.

For those dedicated fans who honestly don't know how they'll get through the entire summer without more Saturday Night Live, there's some good news: new Weekend Update will air during the show's hiatus. Back in March, NBC announced that they'd picked up a primetime version of the long-running and incredibly popular SNL segment. It will air for four weeks beginning Aug. 10 at 9 p.m. ET on NBC, and each new episode will be half an hour. Weekend Update anchors Colin Jost and Michael Che will be running the show, as per usual, but other SNL cast members will be making appearances.

Someone who probably won't be appearing during these four Weekend Update episodes: Bobby Moynihan, who recently announced his departure from the long-running sketch comedy show. Season 42 was Moynihan's ninth season on the series, having gone two years beyond the standard seven-year contract. The actor-comedian broke the news at CBS' upfront presentation, where it was announced that his new CBS comedy Me, Myself & I was picked up to series for the fall 2017 schedule. I, for one, will very much miss his Drunk Uncle.

In the meantime, we can all busy ourselves with fan-casting the Season 43 host in the long, approximate four-plus months until the show returns.