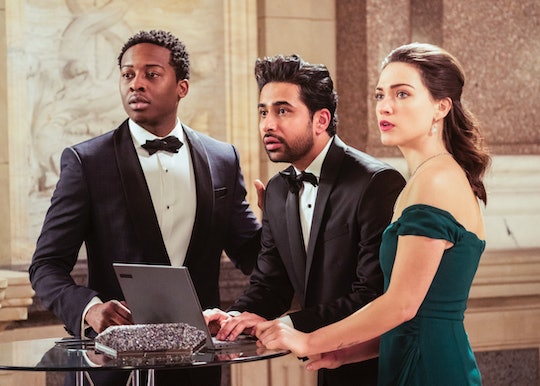 It has already been announced that new series God Friended Me got picked up for Season 2. This is a good thing because you never know if a show you love will stay or go. IMHO, there's nothing worse than giving your all to the next big thing only to have it taken away once you've finally decided it's your fav. That said, I won't keep you in suspense as to when Season 2 of God Friended Me premieres, because that would be cruel and unusual punishment and that's not what I'm about, my friends.

As of now, it looks as though God Friended Me will premiere in the fall, along with all other new season premieres. The first episode of Season 1 premiered last fall, on September 30, which is right around the time the leaves change and apple cider brews (or something like that). If you've been worried about investing in the show, or waited to see how others felt about its overall message, go ahead and mark it in your planners, now, because it's all good. In fact, Kelly Kahl, President of CBS Entertainment said of the renewal, "We're thrilled with how God Friended Me has performed on Sundays. It's one of the top three new series on television, has improved its time period significantly, and continues a long tradition of prestige dramas for CBS on the night."

Thom Sherman, Senior Executive Vice President of Programming added in the same press release, "Our amazing cast and producers have done a wonderful job of bringing this series to life each week with humorous and inspirational storylines. Viewers have clearly embraced our characters and the positive message the show delivers."

Along with God Friended Me, other favs getting a Season 2 pickup are FBI, The Neighborhood and Magnum P.I., so if you're a fan of those as well this is probably your luckiest day of the year. You're welcome.

The show is worth a watch — especially if you need something uplifting in your TV lineup between all the murder mysteries and world news. And though you have to wait until the fall for the Season 2 premiere, something tells me it'll be worth it. God Friended Me also stars Violett Beane, Suraj Sharma, Javicia Leslie, and Joe Morton, in case you're taking notes.

10 million viewers have given all their love to God Friended Me throughout Season 1 which means either 10 million people were in desperate need of a show spreading the messages of hope and inspiration, or 10 million viewers fell in love with the idea something so obscure could happen (or both). Either way, the fall premiere of Season 2 will be here before you know it.