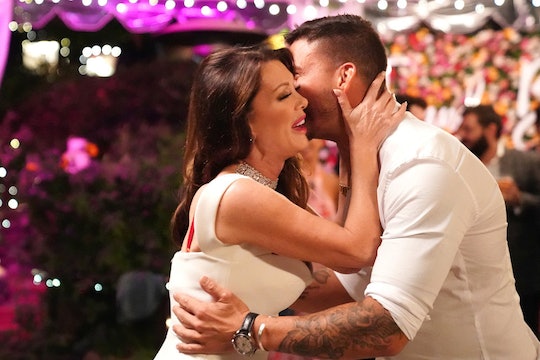 Another season of Vanderpump Rules draws to a close on Bravo on Apr. 29. Season 7 finishes up with "Rules of Engagement," but there will be a multi-part reunion special to ease the transition into the torturous break between seasons. But when will there be more episodes, and how soon can you expect them? When does Season 8 of Vanderpump Rules premiere? Unfortunately, that's a question without a firm answer.

But that doesn't mean that I can't speculate about it! And while there hasn't been an official confirmation from Bravo about Season 8, the show tends to follow a predictable schedule year after year. It's still too soon to be certain about any aspect of the show's future (the finale hasn't even aired yet, after all), but it's very possible to make an educated guess.

The first season of Vanderpump Rules debuted on Jan. 7, 2013, but that was an isolated occasion. The next four seasons all started up in the first week of November, which set up a reliable pattern. However, Seasons 6 and 7 premiered in early December — the fourth and third of the month, respectively. If that's the show's new schedule, then Season 8 will likely start airing in early December 2019.

Just to be clear, that's purely speculative. But fans are bound to be excited that there might be more Vanderpump Rules before the year is out. If Season 8 does stick to a December start date, then it'll only be seven months before the cast is back on your screens again. That does sound like kind of a long time in theory; it is over six months, but the show needs that time to whip up the drama its audience enjoys so much. And the weeks will probably pass pretty quickly. Instead of thinking of it as a long wait, think of Season 8 of Vanderpump Rules as the early holiday present you've always wanted. (No? Okay, I tried.)

But that's a worry for another day. Season 7 isn't over yet, and it sounds like the finale can't be missed. Scheana Shay told Too Fab that "Rules of Engagement" was a cringeworthy watch for her; she compared her reaction to the monkey emoji with its hands over its face. The finale was even tough for her to talk about at the reunion, because she got very drunk during filming, which wasn't her usual plan. "I don't drink a lot when we film because I like to just always be clear minded and remember what happened," Scheana said. "And that night, it was just wine... it was just everything. I embarrassed myself, but it made for great TV!"

Then there are the reunion specials to look forward to. Always spanning several episodes, they let fans in on what happened once filming concluded for the season while simultaneously setting up for everything to come. Feuds are buried and resurrected at Bravo reunions; gowns are worn; insults are exchanged. It's Shakespearean. And it's all still awaiting you.

The premiere date of Vanderpump Rules Season 8 might be up in the air, but there's plenty to enjoy until it's announced.