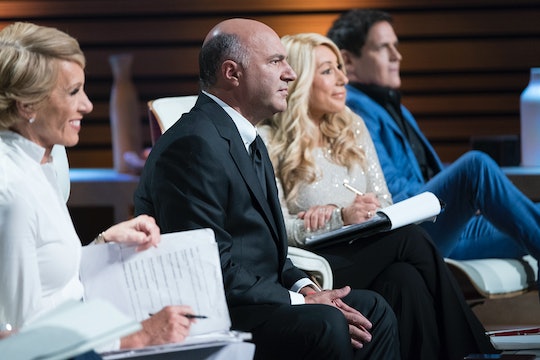 Although Season 9 just ended, there's no shame in having a little Shark Tank withdrawal already. So when does Shark Tank Season 10 premiere so you can get your fix of budding entrepreneurs and Barbara Corcoran bickering over ownership deals? Soon, thankfully.

The good news is that Season 10 has already been renewed, so you can at least rest assured knowing that another season is on its way. The bad news is that there's no set premiere date yet. However, last year and a few seasons before it, the show premiered in October, so you'll have to make it through the summer before a new batch of episodes come out. There were a few years, early on in the show's lifetime, that the show premiered in August, but I wouldn't bank on that happening, So, the short answer for when the show comes back is: Sometime next fall.

Hopefully people enjoy it. According to TVSeriesFinale.com, the ratings of this season were down about 15 percent in its demographic of 18 to 49 year olds and 21 percent down in viewership overall, which means a lot less people are watching than they used to. The good thing is that reality television like Shark Tank costs way less to produce than other, scripted shows, so as long as people are watching at all, it's likely that ABC will keep it going. Until the investors say they're "out," that is.

If you consider Shark Tank to be one of your guilty pleasures, you have producer and creator Mark Burnett, along with executive producer Phil Gurin, to thank for that. Gurin is somewhat of a legend in television producing. He's behind Shark Tank and other great reality television concepts, like CBS' Candid Camera and the Weakest Link. He told Scott Manville of TV Writer's Vault that he doesn't consider reality television to be a something people should feel bad about watching. Gurin stated:

Reality is a part of the television diet that has always been here, but no one called it that. Candid Camera is 60 years old. Reality never left; the broadcasters just realized it could fill more parts of the schedule. And with an entire generation, now maybe a second generation, having grown up watching cable reality shows shot with Flip cameras and stuff, everyone is used to seeing any kind of video on television. It is here to stay, and that's a good thing.

Much like Keeping Up With The Kardashians and other reality TV shows, Shark Tank is one of those great reality TV shows that will probably never go away. The concept is actually genius, since there will never not be home creators and inventors who have great products that they want to bring into the world and millionaires who don't mind taking a chance on them. Gurin added that a show like Shark Tank isn't successful just because it's a great concept, which it is. He said:

The idea is king. Plain and simple. But it has to be made well, and it needs many elements to succeed. I always say a good game needs to have both sizzle AND the steak. The steak is the solid format. The sizzle is what makes it a television show and not a board game.

In that case, all of the investors definitely bring the sizzle. It's hard to imagine the show without Corcoran, Mark Cuban, Lori Greiner, Kevin O'Leary, Daymond John, and Robert Herjavec, along with all of the other great judges that show up sometimes. This season, for example, Bethanny Frankel and Richard Branson even showed up to try their hand at picking some great businesses to get behind.

Branson wrote on his blog that it was a really fun experience, despite his water fight with Mark Cuban on set that was not scripted at all. He added, "I’ve never been interested in making lots of money — I like creating things. The by-product of creating successful things is money. I’m always really happy to be involved in anything that helps people’s dreams come true." Since he enjoyed it so much, maybe he'll be back for another shot on Season 10. October might seem like a long time to wait for your favorite show, but it'll definitely be worth the wait.