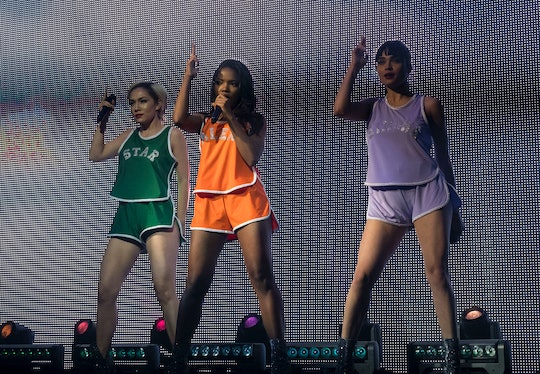 'Star' Will Continue After This Major Character's Death

The third season of Star has been quite the roller coaster ride, which included a surprising death in the season's penultimate episode. Thus, going into the season finale, fans don't know what to expect. Thankfully, whatever happens, Star is just getting started and there will be even more story to tell and music to hear in Season 3. The only question fans have now is when does Star Season 3 premiere?

Unsurprisingly, a season premiere date for the series hasn't been set yet, but the show is definitely returning for another season. The series was renewed for a third season in early May 2018, much to fans delight. Though the premiere date hasn't been set yet, FOX has released it's fall TV schedule and Star will remain in it's current time slot on Wednesdays at 9 p.m. ET, following Lee Daniel's other hit musical series, Empire. So fans can probably expect the show to premiere in late September, just like it's second season.

It'll be interesting to see what's ahead for the series, especially since they killed off one of its main characters in Season 2. In the penultimate episode, Jahil, the man who first helped Star, Simone, and Alex become a girl group, was shot. To add salt to the injury, it was Carlotta's sister, Cassie, who ordered the kill, though in Cassie's defense she was actually after Andy when Jahil got in the way. However, based on the preview for the finale, Carlotta doesn't care about that, as she and her sister are seen pulling guns on each other ending in a stand off.

Although Jahil's death was certainly devastating, it did bring together Star, Alex, and Simone so they could get past their issues and perform together as Take 3. However, it seems unlikely that this reconciliation will last, and it's most likely that this is only a Band-Aid for the situation.

Star still feels used by Alex, who's now gone on to pursue a number of solo projects. And let's not forget that it was Star who helped Noah get sober so he could pursue his music career only for him to dump her to be with Alex. Then there's everything Star has done for Simone, mainly helping her get out of the system, only for Simone to pretty much bail on the group so she could be with her husband, Angel. To say Star feels some type of way would be an understatement, and she made all her feelings clear on the diss track she recorded with Marquis, "There For You."

While the track was certainly fantastic, Simone and Alex certainly won't love it, and neither will Noah for that matter. However, their hurt feelings probably won't stop Marquis from releasing the track, whether Star wants him to or not. But it looks like that may not matter anyway, because Star may finally get her own chance to go solo. In the preview for the finale, Star is being asked to presumably join Noah's tour... as a solo artist. Whether she takes the gig remains to be seen, but no matter what happens it's clear Simone is pissed.

"We're not a family," she says in the preview. "Not no more." Star is then seen later telling Noah, "I'm alone and you're an addict!" Unfortunately, that proclamation is quite accurate. Despite being sober for a while, Noah has clearly fallen off the wagon again. This was seen in the most recent episode when Alex had to save him from getting a DUI, but it looks like Noah will end up getting arrested anyway.

Thus, everyone's lives and careers are up in the air and it's anyone's guess where these characters will end up by the end of the finale. You'll just have to tune in to find out.