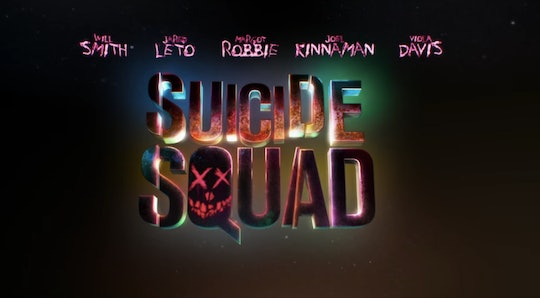 When Does 'Suicide Squad' Come Out? The DC Film Can't Get Here Soon Enough

Warner Bros. announced Wednesday that the studio had moved around release dates for two of its upcoming high profile movies — Wonder Woman and Jungle Book: Origins. The news has fans nervous about the fate of the gritty DC Universe entry, Suicide Squad. So when does Suicide Squad come out?

So far, there's been no change in the movie's release date from Warner Bros. and it is still scheduled to premiere on Aug. 6 this summer. The next entry in the DC Universe from Warner Bros. comes with much anticipation, as Suicide Squad was first announced in October 2014 and follows closely on the heels of a year of exciting comic book movies, including Marvel's Deadpool and X-Men: Apocalypse, as well as DC's own Batman v Superman: Dawn of Justice.

The movie stars Margot Robbie as Harley Quinn, alongside Jared Leto as the Joker, Will Smith as Deadshot, and Viola Davis as Dr. Amanda Waller. The movie tagline sums up the plot in three words: "Worst. Heroes. Ever." — a secret government agency assembles a group of some of Arkham Asylum's most dangerous criminals to complete clandestine black ops missions, in exchange for clemency. A new international Suicide Squad trailer released last month revealed much more of the plot — possible spoilers below:

Earlier this week, anonymous sources leaked that Warner Bros. had ordered Suicide Squad reshoots, citing the need for the film to have more "lightness" and "fun" — and that the studio was willing to spend millions of dollars to achieve the lighter mood, although actor Jai Courtney (Captain Boomerang) told ET on Wednesday that the rumors were largely overblown. "You can’t believe everything you read," he said. "I think there’s plenty of [humor] in it, I wouldn’t say we’re going back to make it funnier. There’s some additional action stuff that we’ve been doing, which is pretty dope. Really, we’re just kind of adding in that sense."

In October 2014, Warner Bros. announced a massive slate of DC Universe films through 2020. Warner Bros. has made this ambitious foray into the DC Universe after chasing blockbuster hit after hit from the Marvel Cinematic Universe (Marvel has seen massive success in recent years with such MCU franchise moneymakers as The Avengers and Iron Man.)

All eyes were on the first major entry in the DC Universe reboot, last month's Batman v. Superman: Dawn of Justice. While the film has earned more than $700 million worldwide, Batman v. Superman has been beset by poor critic reviews, dwindling fan support, and an epic Sad Ben Affleck meme. After photos leaked from the set, Suicide Squad director David Ayer confirmed Ben Affleck would make a Batman cameo.

As Warner Bros. continues to release more trailers, movie stills, and even Suicide Squad Snapchat filters, the hype for the film continues to build with fans. In March, the studio set up an elaborate promotional event for the film at South by Southwest in Austin, Texas. Dubbed Harley's Tattoo Parlor, Suicide Squad fans could get movie-inspired tattoos — both temporary and permanent — for free. Eager fans willing to get some free Suicide Squad ink lined up around the block throughout the film and music festival.

Whether DC ends up making adjustments in its scheduled releases or not is still up in the air, but for now, it seems Suicide Squad will be hitting theaters right on time — much to fans' delight.