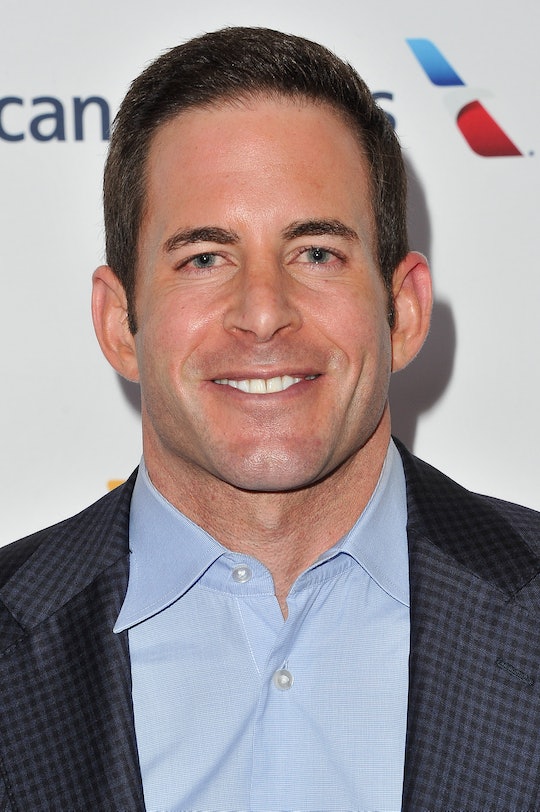 Flip or Flop fans have something new to celebrate. The show’s co-host and real estate expert, Tarek El Moussa is getting his own show on HGTV, in which he will help other families flip houses. He’ll be back on the new season of Flip or Flop this spring, but fans are eager to see him go solo. So, exactly when does Tarek El Moussa’s show premiere?

HGTV has not released an official premiere date for the untitled series, but in a press release, the network revealed that Tarek’s show will drop sometime this year. “Tarek El Moussa, a real estate and house-flipping expert best known from HGTV’s fan favorite series Flip or Flop, will star in a new pilot for the network in 2019,” read the HGTV press release. “The pilot, currently in production, features Tarek as he partners with real estate novices to help them learn the secrets of a successful flip. With more than 300 profitable flips under his belt, Tarek is ready to lend his invaluable expertise—and his own cash—to those who want to win big in the competitive real estate game.”

In an interview with People, Tarek explained that on the new series, he will mentor rookie house flippers and help them find and renovate homes that they can flip. He revealed that for the first episode, he’s working with a South Central Los Angeles family that put everything on the line to flip a house. “It’s definitely a high stakes flip,” said Tarek. “There’s a lot of real-life drama in there. It’s the real deal.”

After eight seasons of Flip or Flop, and a public divorce from his co-host wife, Christina Anstead, this new series is a fresh start for Tarek. The couple started their HGTV house flipping journey together, and made Flip or Flop one of the highest rated series on the network. But after his divorce, his battle with thyroid cancer, testicular cancer, and a debilitating back injury, Tarek is excited to start this new phase of his personal and professional life. “I completely rebuilt myself over the last two and a half years,” he told People. “Who I am, how I feel, how I think. I know what’s good for me. I have a new life and a bright future.”

But the new series isn’t the only solo project Tarek is working on this year. According to HGTV, he will also star in a new digital series for HGTV.com this summer which will follow his new life as a single dad. The web series will focus on Tarek’s new home and new outlook on life, so that fans can watch him as he “works hard, plays hard, and then goes home to spend quality time with his kids.”

Tarek’s new show may not have an official premiere date yet, but you can expect HGTV to reveal updated information later this year. In the meantime, fans can watch Tarek and his ex-wife Christina on reruns of Flip or Flop, or catch him on the new season which premieres this Spring.