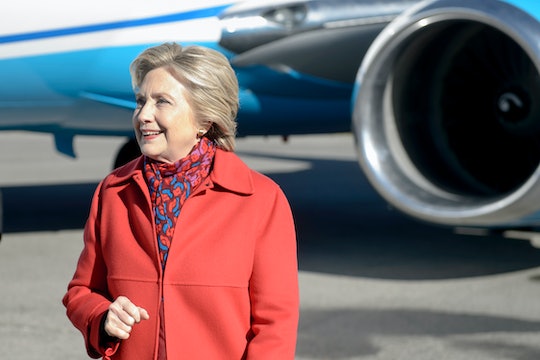 When Does The 2016 Presidential Election Coverage Start? You Don't Want To Miss A Thing

Though the election has been in the news incessantly for months, the results of the vote are when things truly level up. Most networks are beginning their coverage on Election Night, but some are starting as early as the day before so they don't miss a second of the developing story. On top of the televised coverage, there are all sorts of other options when it comes to following the election results: social media provides possibly the fastest updates (with the most amusing gifs), there are several streaming options like Sling TV, and plenty of websites will be keeping their readers updated. You won't be able to escape the election.

Led by George Stephanopoulos, ABC's coverage begins at 7 p.m. (ET) and will run until 2 a.m. (ET), at which point a special election edition of Nightline will air until 4 a.m. (ET) Live streaming online coverage will also begin at 7 p.m. as well.

Election coverage on BBC World News begins at 4 p.m. (ET) on the day of, with special coverage live in Times Square starting at 6:15 p.m. (ET). The network will cover the election until 3:30 a.m. (ET).

CNN is one of many networks choosing to stream its coverage on its homepage and its apps. Coverage begins at 4 p.m. (ET) on election night and continues into the wee hours of the morning until 4 a.m. (ET).

FOX News Channel is planning to run live coverage of the election for 67 hours, starting Monday, Nov. 7 at 4 a.m. (ET). While they won't be able to reveal results until all the votes are counted, they'll be covering every minute of the election and then some all the way through the big reveal.

NBC News will begin coverage at 7 p.m. (ET) on Tuesday, led by Lester Holt, Savannah Guthrie, and Chuck Todd. Tom Brokaw will also appear as a special correspondent, because he has covered every election since 1968.

If TV coverage isn't your thing or you don't have access to a television, have no fear. Most major networks will provide coverage on their websites and you can also catch streaming coverage on Sling TV. There's also Twitter, where Buzzfeed will be livestreaming coverage and plenty of people will be sharing their own updates as they learn them. Failing that, starting at 8 p.m. (ET), NPR is also an option (both on the radio and their site), as is website Politico, which features interactive maps that show the results on a state-by-state basis.

It looks like you'll be able to find coverage of the election anywhere you look on Tuesday night, so you won't miss a thing.