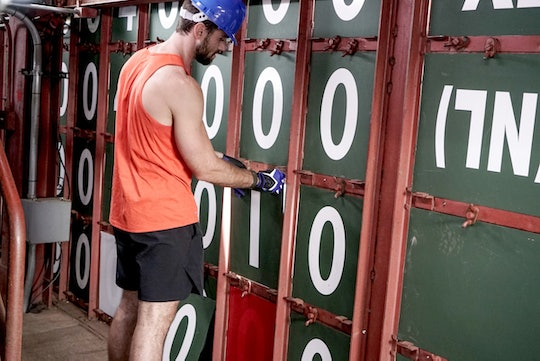 'The Amazing Race' May Not Be Back For A While

The Amazing Race is quite possibly the greatest reality TV competition show of all time. It's been on the air since 2001 and has won 15 Emmy awards thus far. Season 29 is about to come to an end, leaving many fans to wonder when does The Amazing Race Season 30 premiere? Thankfully, the show has already been renewed, so Season 30 is definitely happening, but a date for the season premiere has yet to be released.

There was about a year-long hiatus between Seasons 28 and 29, but that was a pretty rare instance. Usually, there are two seasons each year, with about three to four months in-between each season. However, there may be another long break between seasons since CBS' Fall 2017-2018 schedule is already jam packed. Currently The Amazing Race airs on Thursday nights at 10 p.m. ET, but this fall is when the NFL Thursday Nights will air until November when S.W.A.T. takes over the 10 o'clock time frame.

It's possible The Amazing Race will make it's way into the fall schedule somehow, especially if one of the new shows ends up falling flat and the network needs an easy replacement. Still, fans shouldn't hold out for that. Instead, they should probably expect to see the reality show return sometime in 2018 or be moved to CBS' streaming service, CBS All Access.

Until then, though, fans can enjoy watching the season finale and see who walks away victorious at the end of this season. The three final pairs include Army office Tara Carr and police Sgt. Joey Covino, attorney Brook Camhi and university recruiting manager Scott Flanary, and street artist London Kaye and medical device sales rep Logan Bauer.

In the finale, the finalist will find themselves in downtown Chicago where they have to visit three locations and collect postcards to deliver to a beekeeper waiting at City Hall. They then have to prepare 10 Chicago-style Vienna Beef hot dogs to serve at the Wrigley Field rooftops, place numbers on Wrigley Field's historic center-field scoreboard to reflect their place in each leg of the race, and then cross the finish line at Milton Lee Olive Park. (Whew!)

Honestly, I feel tired just thinking about it. Whichever pair crosses the finish line first will win the $1 million grand prize. You can see who wins it all and goes home with the cash when the season finale of The Amazing Race airs on Thursday, June 1 at 10 p.m. ET on CBS.