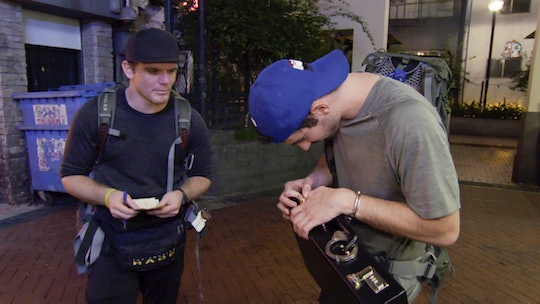 Another Season Of 'The Amazing Race' Can't Get Here Fast Enough

Unfortunately, the popular reality competition series hasn't been renewed for Season 31 yet, but it would be shocking if it isn't picked up for another action-packed installment. The series has not only been a hit for CBS year after year, but it's also won a number of awards, including 15 Emmys, which is extremely impressive. So it seems very likely that The Amazing Race will be returning for Season 31, but if you're really worried about it then the best thing to do is to tune in for the Season 30 finale this week to help ensure the episode has high ratings. Although you should just want to watch the finale regardless because it's going to be a good one.

Typically, going into the finale fans already know who the final three are, but last week it was revealed that the last leg was a no elimination leg, meaning Team Yale, Henry Zhang and Evan Lynyak, who came in last, weren't eliminated. However, they will have to do a Speed Bump in Wednesday night's finale.

As for the top three, Team Indy Car, Alexander Rossi and Conor Daly, came in first (again) last week; Team Big Brother, Jessica Graf and Cody Nickson, came in second; and Team Extreme, Kristi Leskinen and Jen Hudak, came in third. So they will all be fighting to the finish in this week's season finale, and it's anyone's guess who will win the $1 million prize.

Team Indy Car has done pretty well for themselves, coming in first place for so many competitions that they've already racked up $7,500 in cash prizes. However, Team Big Brother has also held steady at the top of the contenders, working well together as a team. Team Extreme is also a great dynamic and have excelled at the physical competitions and Team Yale has not only excelled in the mental challenges, as pretty much everyone expected them to, but they've also done well with the physical challenges as well.

Thus, it's still really anyone's game at this point, but that's what's made this season so much fun to watch. All the competitors are pretty evenly matched and they've all faced each challenge head on, not backing down when things got difficult. Additionally, the groups have all become pretty friendly, although in last week's episode Teams Indy Car, Big Brother, and Extreme, all made it pretty clear they'd like to be the three teams in the end, excluding Team Yale. However, Team Yale is still in the game and these two are playing to win, as they should.

It'll be interesting to see who does come out the victor. Personally, I'm rooting for Team Big Brother, simply because I loved them on Big Brother. But any of the final teams would be great winners. They've all worked so hard to get this far in the game and they each deserve to win. Unfortunately, there can only be one team victory.

Make sure to tune in to CBS this Wednesday, Feb. 21 at 9 p.m. EST to see who walks away with the $1 million dollar prize. And then make sure to keep an eye out for any updates about Season 31, which will hopefully be coming soon.