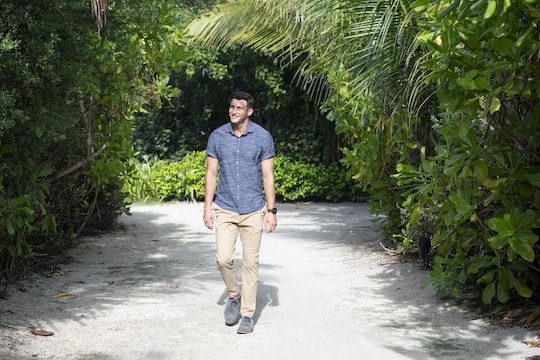 The Next 'Bachelor' Starts His Journey Very Soon

According to Variety, The Bachelor will begin production this September, and although there are already plenty of guesses about who will be the next lead, ABC confirmed to Variety that the next Bachelor hasn't been cast yet. Many people are hoping that Blake Horstmann, who was the runner up for Becca's heart, will be the next Bachelor. Other front-runners for the coveted spot are Colton Underwood, Jason Tartick, and Peter Kraus. Colton caused a bit of drama on Becca's season when it was revealed he dated former Bachelor runner-up Tia Booth. He's also dated Olympic gymnast Aly Raisman, but his dating history hasn't made him any less popular amongst fans.

Jason was a front runner during this season but was sent home during the Fantasy Suite date. He has already told People magazine that he'd be interested in being the next Bachelor. "Coming into The Bachelorette, I always led with a calculated mind and not an open heart," he said. "Now, I'm able to start leading with my heart and not my head. And I'm in the best position to find who I'm looking for now."

Peter was the runner up on Rachel Lindsay's season. Many fans believed he would be the next Bachelor after Rachel's season but he turned down the offer and Arie Luyendyk Jr. was ultimately chosen for the gig. However, in an interview with Us Weekly, Peter did say if the offer came up again he would "definitely consider it." Still, is it too late for Peter? Fans were upset that Arie was chosen as the Bachelor because he was on The Bachelorette years ago. Although it hasn't been nearly as long since Peter graced our TV screens, he may be old news now and fans may no longer be interested in his love story.

There are obviously a lot of factors to consider when choosing the next Bachelor and the producers will most likely look at all of them. Thus, it's almost impossible to say who the next Bachelor will be. That said, fans have definitely made it clear who they want the next Bachelor to be on Twitter, and they seem to be mostly split into two camps: Team Blake and Team Jason. It seems like the majority is on Team Blake but Team Jason also has a lot of followers as well. Will producers take fans interests into consideration though? Hopefully, but you never know.

Whoever the lucky man is, his official journey to find love will begin in early September and film for 10 weeks. Fans can expect to watch the new Bachelor's journey starting in January of 2019 if the show follows its usual schedule. Now if any of you think that one of these front-runners could be the man for you, now's the time to apply.