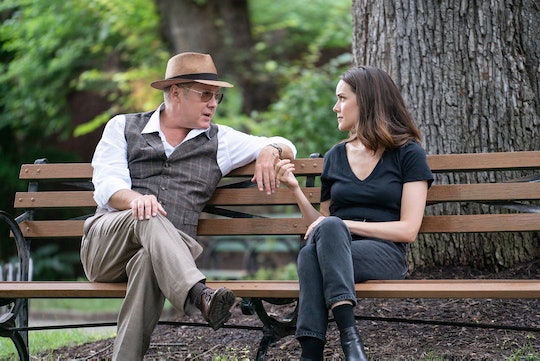 'The Blacklist' Season 6 Premiere Will Air On Two Nights

Life can be hard when you’re a career criminal who’s been caught red-handed. Although for The Blacklist's Raymond 'Red' Reddington, that’s not necessarily true. He’s spent the past five seasons working with the FBI in exchange for immunity while still maintaining a certain semblance of control. And when the show returns for Season 6, everything is about to come to a head, so when does The Blacklist premiere? Season 6 premieres on NBC on Jan. 3 at 10 p.m. ET and will air again on Friday Jan. 4 at 8 p.m. ET, followed by Episode 2 at 9 p.m. ET. So if you want to get a leg up on some other fans, you can start it Thursday or watch both episodes in succession on Friday.

No matter how you tune in, one thing is for sure — Season 6 is going to be exciting from the start. When Season 5 left off, the identity of the person whose bones have been in the duffel bag for a year were revealed to be those of the real Raymond Reddington. Apparently, he’d been dead for 30 years, so James Spader’s Red has got some explaining to do. Does this mean that he’s not really Liz’s father or that he still has some kind of connection to her, but just lived under an assumed identity? It’s already a lot to handle, which is probably why The Blacklist Season 6 premiere needs two full hours to get viewers back into the swing of things.

At the end of the Season 5 finale, Liz made it clear that she’s ready to take Red down and that she knows he’s been an impostor all along. But like all things related to The Blacklist, I don't know if it’s going to be that easy.The Blacklist creator creator Jon Bokenkamp told TVLine that this time around, Liz will be in control, though she won't be able to show Red just yet how much she knows or what she intends to do with the information.

"She is going to make a choice to stay quiet about it, which will put her in the driver’s seat in a way that we really haven’t seen before," he said, of Liz working with Red during Season 6. "She has to present as his daughter. She has to continue as if it’s same old, same old."

Just in case you thought that the switcheroo at the end of Season 5 had more layers and that Red was pulling a fast one on Liz too, Bokenkamp assures fans that Red is totally in the dark about what his "daughter" knows. "He has no reason to believe that he is not three steps ahead of anyone else."

Although Spader couldn’t divulge too many details about the upcoming season when he spoke to Parade, he did say that the big power shift on The Blacklist doesn’t become as clear until Episode 3. Since the Jan. 4 double episode premiere spans two episodes instead of one, it could be a way to set things up for the season. "The sea change that happened again at the end of last season, the extent of that doesn’t really become clear until the beginning of this season," Spader said cryptically. "By the second or third episode, that sea change really reverses direction or becomes an even larger swell."

Just because things may not pick up until after the season premiere, however, it doesn't mean that it’s not going to be interesting to see how things pick up after that game changing Season 5 finale. Whether you choose to watch the premiere on Jan. 3 or watch both episodes on Jan. 4, you aren't going to want to miss a minute of it.