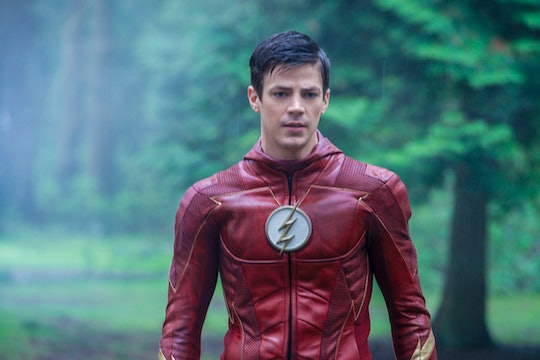 When Will 'The Flash' Be Back For Season 5?

Barry Allen and Team Flash have seen a lot of disappointment in season four, and after failing to save the "Bus Metas" they were trying to protect, while continuously being one step behind this season’s villain, The Thinker, hope seems to be running thin. Luckily, after Season 5 was green lit by the CW back in April, fans know that there’s more speedster action to come. But, because the writers always end each season with a nail-biting cliffhanger, fans are anxious to know: when does The Flash Season 5 premiere?

As of now, there is no official word on a premiere date from the CW, but in a tweet this week, the network confirmed that the show would return for Season 5 on Tuesdays in the fall, and with the release of their 2019 fall schedule, they announced the show would return in it’s usual 8 p.m. ET time slot. If the network stays true to the pattern of release they’ve followed in the past and begins airing the series in early October, you could expect the Season 5 premiere to debut on either October 2 or October 9 of this year. This is just my estimation based on the previous seasons’ premiere dates, but unless the CW decides to shake things up and rework their schedule, these are the most likely dates you’ll get to see the Flash back in action.

This season, the stakes have been really high, so as a super-fan, I'm excited to see what impact they leave on the story and characters in the future. Plus, Season 4 has seen its share of losses, most notably the departure of Elongated Man, Ralph Dibney (Hartley Sawyer). As annoying and weird as he was at first, he ended up growing on Team Flash and the fans. Not only did he become a true hero who helped the team in numerous ways, he also became a good friend to Barry (Grant Gustin). His loss still seems to weigh heavy on Barry’s conscious, which is why defeating his killer, Clifford Devoe aka The Thinker (Neil Sandilands), will be even more gratifying. Hopefully, with some miracle of physics and dark matter that only Caitlin (Danielle Panabaker) can explain, Dibley can make it back to join the team.

Another big loss this season was Harry’s (Tom Cavanagh) intelligence. After zapping his ‘thinking cap’ with a burst of dark matter, Harry basically put himself on a reverse path of intelligence. The Council of Wells was able to get Harry’s emotional side going, but they weren’t able to help him get his brain power back. Hopefully, with some miraculous scientific epiphany from Caitlin and Cisco (Carlos Valdes), fans may get to see Harry back at full thinking capacity next season.

There has also been a lot of foreshadowing this season, especially with the new speedster Mystery Girl (Jessica Parker Kennedy) who first appeared on the Crisis on Earth-X crossover event, and then seemed to pop up every now and then throughout the season. There have been a lot of fan theories, some saying she’s Barry and Iris’s (Candice Patton) future daughter, while others think she’s Joe (Jessie L. Martin) and Cecile’s (Danielle Nicolet) baby girl coming back in time. Either way, The Flash executive producer Todd Helbing told Entertainment Weekly that the Mystery Girl will definitely be back next season -- and will have her own part to play in the future.

So, with all the questions looming for next season, including all of the life changes the characters are going through, fans are waiting for Season 5 of The Flash with plenty of anticipation. Here’s hoping that after a short summer hiatus, the October premiere gets here in flash time!