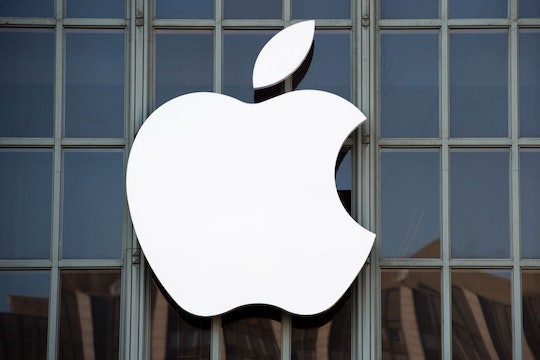 When Does The iPhone 7 Come Out? Apple's Latest Offering Is Available For Pre-Order

It's a big day for Apple: the company had its annual fall product launch Wednesday, which was live-streamed on the Apple website for anyone who wanted to follow along. And honestly? If you've got your eyes on a new iPhone, you probably wanted to want to hear this announcement, even if you're not super tech-savvy. When does the iPhone 7 come out? The newest model is slated for a Sept. 16 release, with pre-orders beginning Wednesday, according to CNET. Should you upgrade? Here's what we know about the new iPhone.

Overall, the launch focused primarily on three products: the iPhone 7, iPhone 7 Plus, and the Apple Watch 2. Many analysts have hinted that they weren't exactly expecting the iPhone 7 to be a total game-changer —according to Fortune, the really big deal will likely be the iPhone 8, which will be announced in 2017 in conjunction with the 10th anniversary of the first iPhone launch — and size and looks-wise, the iPhone 7 is actually fairly similar to the iPhone 6S, according to CNET. But that doesn't mean there aren't still be some important upgrades consumers will be interested in.

According to The Telegraph, the iPhone 7 has a faster processor, thanks to the A10 chip, which is twice as fast as the A9 chip found in the iPhone 6s, as well as greater storage capacity, and a longer battery life. But what's really intriguing is that the iPhone 7 is the first iPhone model without an analog headphone jack, signifying a move away from traditional headphone technology towards wireless headphones (or at least headphones that can plug into the phone's Lightning port). The iPhone 7 Plus also has a dual-lens camera, which means the phone can provide a high-res optical zoom.

Also great news for anyone out there who has sat and prayed while their iPhone sat in a bag of rice? The iPhone 7 has been designed to be water-resistant, according to Engadget — something many Apple users have long hoped for. And it will come in a new color: a sleek, glossy black finish, according to CNET, which totally matters even if it has nothing at all to do with the phone's actual performance.

Even though the new iPhone may not be radically different, Apple will no doubt be hoping that consumers still find the newest phone exciting enough to purchase. According to USA Today, the iPhone 6S and 6S Plus "was the first iPhone to not outsell the previous edition" — which would have been particularly concerning, considering that iPhone sales make up the bulk of Apple's revenue. The good news for Apple though, is that the sheer number of Apple users who still have older iPhones (estimated to be over 180 million people), are likely already at the point where they are looking for an upgrade, making it the perfect time for the faster, better performing iPhone 7 to be launched.

Whether or not you're in the market for the new iPhone, the announcement of the iPhone 7 is still one that's worth paying attention to. The fact that Apple has done away with analog headphones will likely usher in a new trend towards wireless headphone technology, and it will also be interesting to see how the new camera is received. If nothing else though, it probably means there will be lots of people out there super excited about trying out the latest Apple technology, which happens to be pretty great news if you're hoping to snag a used (yet still awesome) iPhone 6.