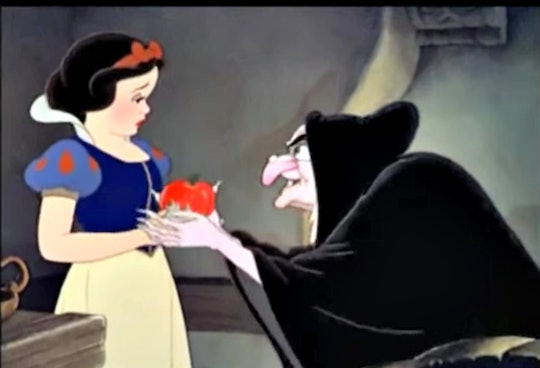 When Does The Live-Action 'Snow White' Movie Come Out? It's On Its Way – Eventually

It looks like American viewers just can't get enough of taking their favorite animated movies and movie producers are re-making them in as many ways as they can think of. It comes as no surprise then that those same people are ready to break out their planners and mark down now the already much-anticipated weekend when the live-action Snow White movie comes out. Unfortunately, you'll likely need to put your planners and iCals away, because the film is just in "the works" right now according to industry insiders and in Hollywood-speak, my experience has taught me, that means "it's anyone's guess when this will actually be in theaters."

We do know that screenwriter Erin Cressida Wilson, who wrote the screenplay for The Girl on the Train, is signed onto the project and that it will be a musical. Hardcore Snow White fans should take a seat for this next bit: the live-action film will expand on the original story and have new songs, written by Benj Pasek & Justin Paul, who most recently wrote the lyrics for La La Land, starring Ryan Gosling and Emma Watson. So if you're thinking that after the Jungle Book, Maleficent, the upcoming Mary Poppins Returns and the Emma Watson Beauty and the Beast that Disney is running out of new ideas, think again, because it could be totally different than the classic fairy tale.

No, I'm lying, Disney is basically remaking every one of their old movies right now, so fans of the original, rejoice — you could very well be in for a treat (or at least a beautiful, glitzy, live-version of your favorite fairytale). They're also doing Cruella, with Emma Stone and Tink with Reese Witherspoon. Mulan, The Lion King, and Aladdin are also in the works. The Little Mermaid's been put on the back burner for now, but I'm secretly holding out for a contemporary Prince Eric coming soon.

Still, even if they keep to the original storyline, Disney could still tweak a few details to make it more modern. What would be really, really, really cool, especially with such an old story like Snow White is if they could update the gender and racial dynamics. I mean, it's a classic and everyone knows the story. So let's get a woman of color to play Snow White (oh geez, you can hear the racist Twitter snark now, right) or make The Prince a princess. Or at the very least let's start that hashtag campaign to get Idris Elba to play him. And let's all just hope the seven dwarves are a diverse, well-casted crew.

If Disney is going to insist on staying true to its own archives, and not commissioning new screenplays and stories from contemporary filmmakers, it should still give us all something to look forward to. Remaking all the same movies, in the same way, with basically the same types of actors, feels like cheating. It might serve Disney well to expand the story, add a few new songs, and do it all in an updated way.

Purists might balk at first, but they'll get used to it and audiences will be better off because of it.