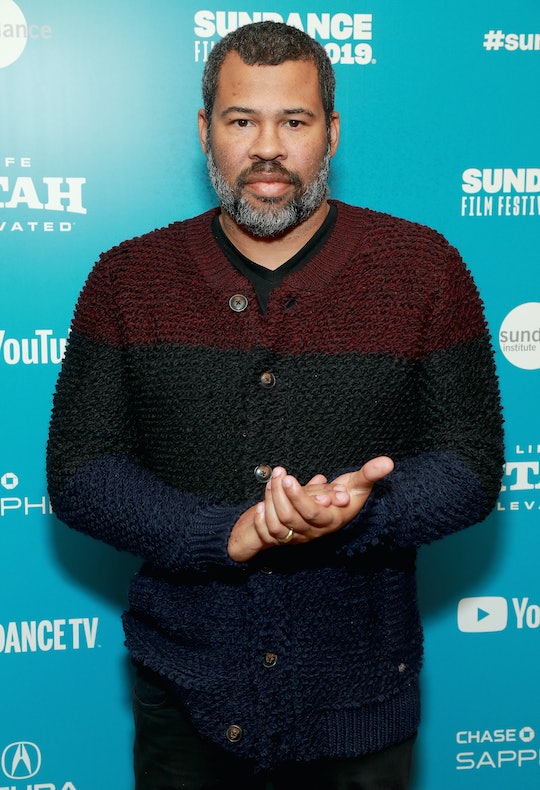 So imagine this. You're happily sitting on the couch watching the Super Bowl LIII when all of a sudden the screen flickers, the stands empty, and Jordan Peele is standing on an empty field. Psych! It is the trailer for the reboot of The Twilight Zone, which of course now has all of America wondering when The Twilight Zone premieres. This is one creepy reboot I am totally here for. Especially if it comes from Peele, the unofficial official new King of Horror. Well, it turns out you won't have to wait much longer for this reboot. It is reportedly going to be premiering on April 1. That's just two months away. Yes, please!

Like many, I don't watch the Super Bowl for the football. I watch it for the most important entertainment news and also funny commercials. This is why I was so excited to see the spot for The Twilight Zone, a show I didn't even know was getting an official reboot. I know! And considering the show is being narrated and hosted by the man who brought the world the new horror classic Get Out, I have a feeling it is going to be among the, ahem, better reboots the world has been given recently.

For one thing, the trailer could not have been any more perfect. It started out looking just as if the regular Super Bowl was coming back on, complete with logo and theme music. And then the picture flickered. And then the black screen just said, "CBS is off the air." Um, what? Suddenly the stands are devoid of people. The lights go out. What is happening right now? The silhouette of a man appears, first on the field and then dotting the empty stadium seats. A voice breaks into a monologue. First of all, I would like to say now, that I never before appreciated richness and depth of Peele's voice before. I would like more of this please. The monologue ends with Peele asking, "When truth is not the truth, what dimension are you even in?" before walking through a doorway in the middle of the field and disappearing.

Say it with me folks: Here for it!

According to Deadline, Peele will serve as both host and executive producer of the new show. The outlet reports that Peele said, "[Original host] Rod Serling was an uncompromising visionary who not only shed light on social issues of his time, but prophesied issues of ours ... I’m honored to carry on his legacy to a new generation of audiences as the gatekeeper of The Twilight Zone."

If you are already setting your calendars for this because I definitely am, you'll want to know that The Twilight Zone is premiering on CBS All Access. So if you don't have CBS All Access — well that's something you're either gonna want to think about, or at least, ahem, borrow from a good friend and/or relative. All I'm saying is that some things are important, and some things include a Jordan Peele-helmed Twilight Zone.