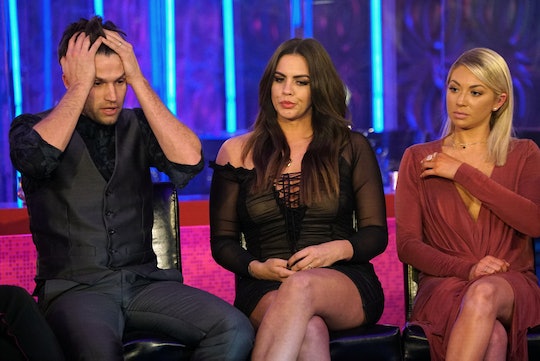 'Vanderpump Rules' Season 6 Is A Ways Away

When Vanderpump Rules Season 5 comes to its drama-filled conclusion, it's going to leave a gap in all of its viewers' TV-watching schedules. How will fans survive without the constant cattiness, snide one-liners, and surprise appearances by Lisa Vanderpump atop a majestic horse? They'll just have to count down the days until the show is back for a new season. But when does Vanderpump Rules return for Season 6?

Unfortunately, a premiere date for the sixth season has yet to be released. That makes sense considering how recently Season 5 finished up, but it still makes it hard to circle the day it comes back in your calendar. Announcements for new seasons usually come sometime after the previous season has ended and it's a little closer to the release date of the new one. However, with a little bit of guesswork, it's not too difficult to figure out when Vanderpump Rules might be back onscreen.

Premiere dates for the first five seasons followed a pretty clear pattern: with the exception of the very first season, Vanderpump Rules has always started airing in the first week of November. If it continues to adhere to that for Season 6, then fans have seven whole months to bemoan the lack of Vanderpump in their lives until November.

But Season 5 isn't done quite yet! The finale, "Introducing Mr. and Mrs. Schwartz," might be here, but that doesn't mean all the fun is over already. There are still the reunion episodes coming up for fans to enjoy, which will be three entire episodes of the Vanderpump Rules cast putting on their prettiest suits and gowns to shout at each other while Andy Cohen watches the whole thing unfold like a tennis match. The season may be over, but there will be a few barbs left to enjoy before it truly finishes up.

The first look at the Season 5 reunion episodes shows plenty of accusations being thrown around while the Bravo censors make generous use of bleeps, so it looks like a good time for drama-hungry viewers. There will also be the return of Lala Kent to look forward to as she comes back to tie up loose ends after leaving mid-season. And, of course, there will be an appearance by Lisa Vanderpump herself, coming to stir up trouble amongst her vindictive little minions with her signature mildness.

It may feel like there's a long wait until Season 6 of Vanderpump Rules, but don't worry — it will be back before you know it.