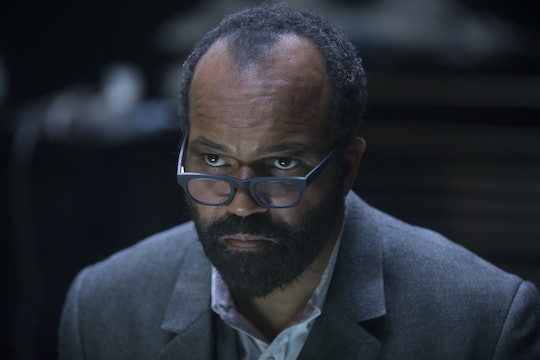 As the second season of HBO's hit sci-fi drama, Westworld, comes to a close, fans are already looking toward the future. No, not the dark future that Westworld exists in. Just far enough into the future to see the third season. Unsurprisingly, the series was already renewed, so the only real question now is when does Westworld Season 3 premiere?

There has been no news about a premiere date just yet, but fans should expect a long wait in between seasons. The first season of Westworld ended in December 2016 and its current season didn't begin until April of this year, leaving over a year-long gap between the two seasons, a slightly longer wait than most HBO shows. And with Game of Thrones returning for it's final season in 2019, it wouldn't be all that surprising if HBO decided to hold off on Westworld Season 3 until 2020.

Game of Thrones and Westworld are HBO's biggest shows and share the same time slot so it makes sense that HBO would want to spread them out a little bit. More importantly though, Westworld also takes time to make. Similar to Game of Thrones, Westworld is a big production with several filming locations and a huge cast that seems to only get bigger with each season. While it may be hard for fans to wait for answers at least it's clear the show is worth the wait.

The second season of Westworld delved deeper into the world of robots, or hosts, and the history behind the park. Picking up right where the first season left off, fans found Westworld under siege by the hosts led by Dolores, who had killed Ford. Well, kind of. As was revealed this season, Ford used technology that Delos had been developing to save his consciousness so that he was still able to communicate with — and ultimately control — Bernard.

In addition, the show, which loves to play around with timelines, also jumped back to take a closer look at William and how he became the Man in Black. Fans got to meet his daughter, Emily, who turned out to be just as fierce as he is, though maybe not as ruthless. Flashbacks also introduced viewers to William's wife, Juliet, whose suicide Emily blamed on William.

While Season 2 gave a lot of insight into William's history, it also expanded the world of the hosts. Stepping outside of Westworld, viewers got to see another park, Shogunworld, which showed how Westworld is just one iteration of the same narrative. Viewers also learned more about the hosts' individual backgrounds, especially those who had gained consciousness. For instance, the stand-alone episode "Kiksuya" gave insight into the story of Akecheta, or Ake for short, the leader of Ghost Nation who became conscious when he lost his love, a woman named Koha.

Though the show definitely examined a lot of the past, it also showed how the hosts were moving forward. Maeve was not only conscious but she discovered she had the power to command the other hosts by communicating with them through her mind. Similarly, Dolores became increasingly ruthless in her pursuit to find the door to the real world, even going so far as to change Teddy's personality so he'd follow her plans. Then there was Bernard who was finally outed as a host, as well as the Delos team's continued search for Peter Abernathy and what was stored inside him.

Still, even though Westworld may have answered some of fans' questions in Season 2, people were left with even more. That's why they can't wait until Season 3 to find out what other secrets lie in Westworld.