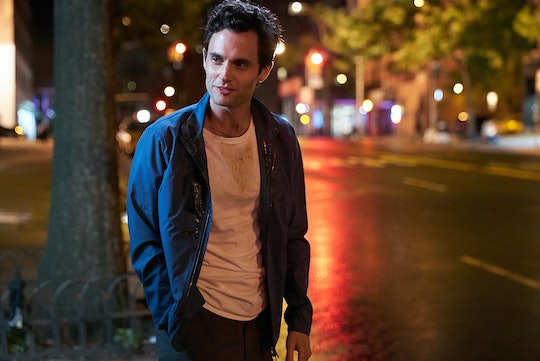 Lifetime’s psychological thriller, You, recently moved to Netflix, so audiences spent the last few weeks sinking their teeth into Season 1. The series follows Joe Goldberg (Penn Badgley), a stalker and murderer who finds a relatable way to justify everything he does. Because Season 1 ended with a jaw-dropping cliffhanger, fans are anxiously waiting to dive back in. So exactly when does You Season 2 premiere, and what can fans expect from the new season?

Season 2 of You is in the works, but there is no official release date yet. Fans can expect to see the second season drop sometime in late 2019, because when speaking to NME, showrunner Sera Gamble confirmed that Season 2 of You begins filming in February and that writers are still working out the last episodes of the season. The series originally aired on Lifetime and was confirmed for a second season early on. But now that it has moved to Netflix, Season 2 will air exclusively through the streamer.

So where will the second season find Joe? The series is loosely based on a series of books by author, Caroline Kepnes, and in her sequel to You — titled Hidden Bodies — Joe ventures to Los Angeles to escape his past. In an interview with Metro UK, Gamble said that Season 2 will take Joe to L.A. as well, but it will bring back certain characters that aren’t in the second novel, including Candace (Ambyr Childers).

“We are prepping to shoot season two now, in Los Angeles, which is also where the second book of the series takes place,” Gamble told Metro UK. “We’ve got lots of great stuff from the books, and also some new things that have come about as a result of changing the story for TV, like that Candace is alive and kicking and not pleased with Joe.”

When talking to The Hollywood Reporter, Gamble revealed that most of the second season would focus on Joe’s past coming back to haunt him, and that Dr. Nicky (John Stamos) could potentially protest his innocence from prison and make an appearance as well. “Part of the fun of continuing the story is that the loose ends from Joe's past are still dangling and could come back to him at anytime,” she told the outlet. “He is very worried about the fact that Peach Salinger's family has hired people to investigate her alleged suicide, and there is evidence potentially still at her house from season one. If you look at every act of violence that he does in season one, that is potentially something that could come back and bite him."

So while the release date for Season 2 of You is still unknown, fans can take comfort in knowing that the series is definitely returning and will pick up where Season 1 left off. As a fan myself, I can’t wait to jump back into Joe’s sinister mind and see how he manages the ghosts from his past.

Season 1 of You is currently streaming on Netflix.