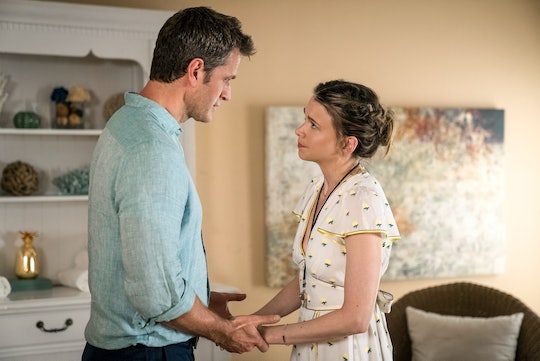 'Younger' Season 5 Isn't Too Far Away

Although the fourth season of Younger is coming to a close this Wednesday, fans need not despair. The popular TV Land comedy has already been renewed for a fifth season, but when does Younger Season 5 premiere? Fans will have a little bit of a wait to see what happens next for Liza, Diana, and Kelsey.

It was announced back in April that Younger was renewed for a 12-episode fifth season, similar to all of its prior seasons, and according to TVLine the new season will begin some time in 2018. Unfortunately, the show's season premieres are a bit too sporadic to try and predict when Season 5 will begin. The first season kicked off in March 2015, but then the second season aired a little less than a year later in January 2016. Fans were then surprised with the third season premiering that fall in September, and then had a little wait before Season 4 began airing at the end of June 2017.

So basically, Season 5 could really begin at any point next year, but the point is that it'll definitely be back, which is great because a lot is happening for all the characters on the show.

Based on the sneak peek for the season finale, Liza will find herself heading to Ireland to help her ex-boyfriend, Josh, possibly marry his new girlfriend Claire. Except, didn't Claire leave and kind of break up with Josh? Sure he immediately ran after her, but isn't it kind of weird that he followed her to Ireland in the first place? How could that lead to them walking down the aisle? Perhaps, my predictions are way off and everyone's in Ireland for some other, more logical reason. On this show, you can never really know what's going to happen.

Whatever's going on, it's clear Liza and Josh will have some intense moments, and maybe this could finally be the first step towards them getting back together. One can dream and I'll definitely be keeping my fingers crossed. (Sorry, Team Charles fans!)

Tagging along with Liza, is Maggie, who's also going to Ireland for moral support, I suppose. Unfortunately, the only clue the episode gives us is literally, "Liza and Maggie meet Josh in Ireland." It seems they're trying to keep all the Ireland drama under wraps, which could definitely mean something big is going to happen.

Back in the states, Kelsey has her own drama to deal with. Her romantic fling and archenemies, Zane Anders, is also her new co-worker and it's clear they're not as good together in the office as they are in the bedroom. In the preview, she's seen telling him, "I don't need your help," and while Kelsey's certainly is an independent woman who don't need no man, will her frustrations with Zane get in the way of her job?

It's difficult to say for sure, but I can guarantee her ongoing entanglement with Zane will either end in an all out blow up or with them back together. Or, possibly, both. Both is always a good option.

While all the ladies are dealing with their own messes, Charles seems to be dealing with some drama of his own. It looks like his personal business will soon become public business and though he and Liza still haven't done more than kiss, with Liza's recent revelation that she's in love with him, one has to assume she'll somehow be sucked into his drama even more. It doesn't help that his ex-wife, Pauline, is slowly try to work her way back into his heart. Maybe Pauline discovers Charles is in love with Liza and decides to let that news slip to the press. Who knows?

The point is this finale is sure to be messy, which means it's definitely a must watch. You can catch the Younger season finale tonight at 10 p.m. EST on TV Land.