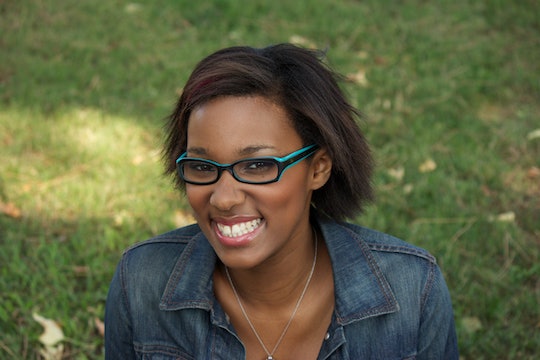 I Treated The Kids I Nannied Like My Own, But There Was One Big Difference

I have worked as a nanny on and off for much of my life at this point. I started out just taking care of family, but after graduating college, it was one of the easiest jobs to find as the recession began to take victims. I always enjoyed taking care of kids; creating relationships with them and being a person their parents could trust would keep them safe. I always treated the kids I took care of like they were my own, even after I became a mom. Working as a nanny and being a mother was a test of just how far I could stretch myself and my heart. But being paid to look after other people's kids taught me something key about being a mother.

I went back to work as a babysitter when my son was about 16 months old. He was a high-needs baby, then toddler, so leaving him with my parents for eight hours a day wasn’t feasible, on top of which I was breastfeeding, so I sought a job where I could bring him along. I had a great interview with one family — first-time parents to an infant. Even though I made it clear that I needed to bring my son along, they misunderstood, so it didn’t work out.

For the first couple months she called me 'mommy.'

After that, I was contacted by a mom who had a kindergartener. Her daughter had never had a babysitter outside of their family, and my being a mom gave me a leg up because she knew that I would be nurturing in a way that someone who wasn’t a mom might not. Even though I had prided myself in being pretty attuned to kids and their needs before becoming a mom, having a baby changes the way you look at kids forever. I think that seeing me caring for my son convinced her I was someone her daughter could trust.

The girl was used to being cared for by her mother or grandmother, and associated the caregiver role with them, so for the first couple months she called me “mommy.” It didn’t bother me (my son didn’t talk much yet, so I appreciated it) and her mom wasn’t fazed by it, either. It was simply her coping mechanism to deal with a new person in her life.

Because she was 5, it was a little easier to divide my attention between her and my son; she’d protect him like he was her sibling. She would share toys and attention, and he loved having a big kid to look up to. To this day, they are still best friends.

But it was a little different when I was working with a boy who was younger than my son.

Because the boy was younger, I felt strongly compelled to make sure he was happy, even at the expense of my own kid.

Again, his parents liked the fact that I was a mom, because I’d give him a different level of care, and my son would give him someone to look up to and emulate. They were good playmates, and it almost felt to me like I had two kids. Because the boy was younger, I felt strongly compelled to make sure he was happy, even at the expense of my own kid. I mean, I wasn’t getting paid to care for my own kid. I would cater to the younger boy’s needs, dragging my son from one end of the playground to the other so he could play where he wanted. He got to ride in the stroller, and my son had to walk up all the hills from the playground. I would watch him like a hawk, especially since we were on the Upper West Side, which was crawling with nannies. I felt the judgment of taking my eyes off him to tend to my son more than I ever felt judged by other moms when it was just me and my kid.

It taught me to be a more patient parent with my own child, and made it a lot easier for me to give my son the independence he needed as he grew.

The last kid I babysat for got the most of my undivided attention. By the time I started babysitting for her, my son was OK enough to be left with my parents for the couple hours I was gone. It didn’t hurt that they lived less than five minutes away from us, and it was a relief not to pit my job against my child. For the first time in a couple of years, I was giving the kid I babysat for all of my attention. Sometimes I felt weird: did my son feel like I was abandoning him, since he was used to coming with me on nannying gigs?

But I liked not having to divide my attention between two kids all the time. I could get down on the floor and color or play with toys without someone crawling into my lap, or demanding a new activity. I cared about the girl just as much as I did for all of the other kids I’ve cared for, but having that one-on-one time to be with her was different. It gave me the chance to get to know her in a different way. My son still came with me sometimes, and he loved her. Even though she never 100 percent warmed up to me as a babysitter (once when my son and I ran into her and her family at the children’s museum, she cried because she thought I was coming to watch her) I felt a strong bond to her.

Working as a nanny, especially during the earliest days of motherhood, was eye-opening. It taught me to be a more patient parent with my own child, and made it a lot easier for me to give my son the independence he needed as he grew. It was easy to detach from the kids I watched because I got to go home to my own kid; some days, it made it that much harder to go to work. The burnout felt a little more real, because I’d go from one kid to another without a break, and when you’re spending your morning with a toddler refusing to nap and return to your kid who is doing the same thing, it can get exhausting.

I still maintain relationships with the families of several kids I’ve cared for over the years. Their families treated me and my son like family, and that always made me feel really good. I thought of them as family — I still do. Caring for someone else's children requires you to step into a mother's shoes, and to know not only that their wellbeing depends on you, but that you are being paid and have that obligation to them. That piece of it made it hard to watch my kid alongside someone else's — worrying that you're doing a good enough job is something moms are always on the clock for.

More Like This
My Nanny Showed Me How To Be A Mother
From Captions To Gifts, These Are All The Kindergarten Graduation Ideas You Need
Here’s What You Need To Know About That Viral 1960s Baby Formula “Recipe”
These Stepmother's Day Instagram Captions Are Straight From The Heart