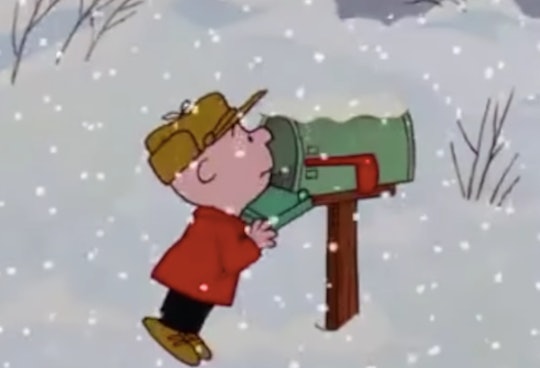 Will 'A Charlie Brown Christmas' Be On TV? Here's When You Can Catch The Classic

It was the Peanuts gang's very first holiday special, premiering all the way back in 1965 and has never really gone out of style since. So when is A Charlie Brown Christmas on this year?

As TV Guide explained, the half-hour special will air on ABC as part of the network's 25 Days of Christmas programming on Thursday, Dec. 6 at 8 p.m. EST. It will then broadcast again on Thursday, Dec. 20 at 8 p.m. EST. After each airing, the network will also air Charlie Brown's Christmas Tales, shorts that feature more holiday fun involving Charlie, Snoopy, Linus, and the rest of the gang.

For its part, A Charlie Brown Christmas has resonated with viewers since the beginning, maybe because of the fact that, in the show, Charlie Brown approaches the holiday with a sense of dread, as TV Guide outlined. After Charlie catches the Christmas spirit with a little help from Linus, the gang gets to celebrate together, knowing that the holiday isn't just about false cheer and extravagant presents.

The Peanuts gang holiday project was also distinguished by the collaboration between Peanuts cartoonist Charles Schulz and Lee Mendelson, a producer who helped create all the classic Charlie Brown specials, according to the Washington Post. The duo originally teamed up when Mendelson, wanting to interview Schulz for a documentary, simply looked him up in a Northern California phone book, the newspaper noted. But Mendelson actually sold the idea for the special without even talking to Schulz, so it wasn't exactly a completely harmonious partnership from the very beginning, as Town & Country reported.

That's not the only thing about the project that would go on to win both Emmy and Peabody awards that wasn't smooth sailing, as Town & Country related.

Television executives were nervous about the Charlie Brown production, from the child actors chosen to the jazz music used (now everyone's favorite, of course) and the sad content, the magazine added.

In the end, T & C noted that while executives let the show run, they "were certain it would flop, never to run again," Mendelson told the magazine. Fortunately, Charlie Brown proved the predictions wrong and even Barack Obama called it a national tradition.

Schulz and Peanuts, a biography of Schulz by David Michaelis, suggested Charlie's bittersweet view of life was based on Schulz's own, as Slate reported back in 2007. (The cartoonist passed away in 2000, according to PBS.)

As Slate noted, it's Charlie and friends' constant failures that makes them so relatable, and maybe that's what gives A Charlie Brown Christmas its timeless appeal, the sense that the gang knows you can't appreciate all you have without also realizing that life has its downs sometimes, too. Whatever the reason, I know I'll be watching again this year, along with my family.

More Like This
The 20 Most Romantic Quotes From Friends
The Best TV Shows For 5-Year-Olds
Jinger Duggar Was Taught Motherhood Defined Her — & Then She Broke Free
When Does 'Yellowstone' Season 5 Come To Peacock? Not Soon Enough
What Parents Are Talking About — Delivered Straight To Your Inbox