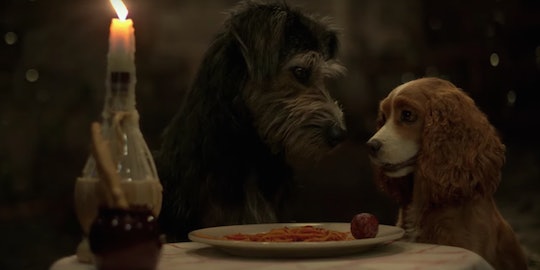 You Can Officially Pre-Order Your Disney+ Subscription Right Now

Of all the network streaming platforms popping up, there's one that I know my family is investing in. With Marvel movies for dad, quality Nat Geo content for mom, and new original series and movies for our little one, Disney's platform has something for the whole family. But when is Disney+ available? Good news: The service is officially available for pre-order to start steaming this fall.

Disney announced in a press release on Sunday that U.S.-based viewers can begin registering for Disney+ and start streaming as soon as the service makes its debut in November. If you're eager to sign up, you can pre-order on Disneyplus.com for either a monthly or yearly subscription for $6.99 and $69.99, respectively, with a seven-day free trial beginning Nov. 12. Subscriptions automatically renew but can be cancelled at any time before the renewal date.

With a Disney+ subscription, along with watching your favorites from the Disney umbrella — including Disney, Pixar, Marvel, Star Wars, National Geographic, and more — you can also view a ton of new content. In the first year alone, the platform will offer 25 original television series and 10 original films, documentaries and specials, according to The Daily Express. These originals will include the Star Wars series, The Mandalorian, and a live-action version of The Lady and the Tramp. The library of programs will also include 7,500 other television series and 500 films.

Disney+ viewers have the option to watch on a variety of devices, ranging from gaming consoles, streaming media players, and smart TVs. Additionally, the service offers commercial-free viewing, on up to four concurrent streams, unlimited downloads, and personalized recommendations. A single account can have up to seven different profiles, allowing parents to easily create and control Kids Profiles stocked with age-appropriate content. The fact that you can watch Marvel movies on your own profile without recommendations for Frozen popping up is an added bonus.

If Disney+ isn't enough for you, the service is available in a bundle with Disney+, sports streaming service ESPN+, and the Hulu option with ads for $12.99 per month, according to Vox. However, this exciting combination is not available for preorder, as EnGaget reported, so there's no rush to register before that Nov. 12 launch date. There is also no annual subscription discount as with the Disney+ standalone yearly $69.99 option.

While having a streaming service for every network you enjoy isn't feasible for everyone, Disney has assured its customers that Disney+ is something special. Disney+ exec Agnes Chu spoke with Vanity Fair earlier this month and explained that content decisions are not made lightly. “We’re not making a large volume of things just to make them,” she said. “Everything we do, we have a very clear focus that it needs to meet the standards that the originals set, and hopefully take it to another level on Disney+. So we’re pretty thoughtful about harnessing the nostalgia.”

So go ahead and pre-order your subscription today to be among the first to stream everything that Disney+ has to offer in just a few short months.