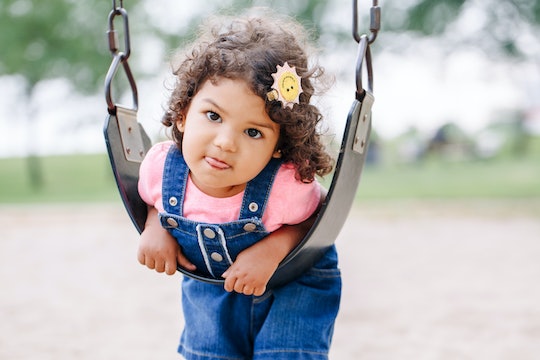 When Is Hispanic Heritage Month 2019? It's Actually Two Months In One

You might think of September as the first month of school... and not much else. But in fact, the ninth month of the year is set aside to honor and/or raise awareness for a variety of things: honey, cholesterol education, sexual health. One of the most notable designations September has earned is Hispanic Heritage Month, but there's a twist, because October shares this distinction. So when is Hispanic Heritage Month 2019, exactly?

Whereas most national (or international) months begin with the first day of a given calendar month and end with the last, Hispanic Heritage Month is a little bit different: It starts every year on September 15, according to Latin Times, and ends on October 15. Why? This mid-month start date was chosen because September 15 is the anniversary of independence of five Latin American countries: Costa Rica, El Salvador, Guatemala, Honduras and Nicaragua. Plus, during this time period, Mexico, Chile and Belize also celebrate their independence days.

Another thing you might not have known about Hispanic Heritage Month is how far back its history stretches.

"Lyndon Johnson was the first president to make an official government celebration in 1968, when he started Hispanic Heritage Week," as ABC Eyewitness News explained. Later, President Ronald Reagan expanded the celebration to be Hispanic Heritage Month. On August 17, 1988, it was enacted into law, according to the Library of Congress.

Since then, Hispanic Heritage month has become an important way to celebrate the contributions of Americans whose ancestors came from Spain, Mexico, the Caribbean, Central America, and South America. "The term Hispanic or Latino, refers to Puerto Rican, South or Central American, or other Spanish culture or origin regardless of race," HispanicHeritageMonth.org explained, adding that today, 57.5 million people, or 18 percent, of the American population are of Hispanic or Latino origin (a sizable jump from 200, when the Hispanic population registered at 35.3 million, or 13 percent, of the total U.S. population).

Every year, a different theme is chosen for Hispanic Heritage Month; in 2019, The National Council of Hispanic Employment Program Managers (NCHEPM), announced the theme as “Hispanic Americans: A History of Serving Our Nation."

“Hispanic American have recently been subjective to attacks on our loyalty, it is now time to remind people of the many contributions of Hispanics to the history of our Nation," Veronica Vasquez, President of National Image Inc., said in a statement. "Hispanics have served and continue to serve our Nation with honor and valor in all aspects in the formation of our country. Our contributions are numerous."

Indeed, among the many, many, many individuals honored under the blanket of this year's theme include Hilda Solis, former Department of Labor secretary, Sonia Sotomayor, Associate Justice of the Supreme Court of the United States, Julian Castro, former Housing and Urban Development Secretary, and so many others. And as numbers from the Bureau of Labor statistics show, Hispanics as a group continue to make huge contributions to our country: "According to BLS employment projections, the Hispanic labor force is expected to represent nearly one-fifth of the labor force by 2024, with a sizable share of the projected increase resulting from immigration."

There's so much to celebrate this Hispanic Heritage Month, and so many ways to do it, from indulging in traditional dishes to watching movies from your favorite Hispanic directors to reading Hispanic authors to visiting museums with art and other artifacts from Hispanic history. And of course, you should keep right on celebrating long after October 15 passes.