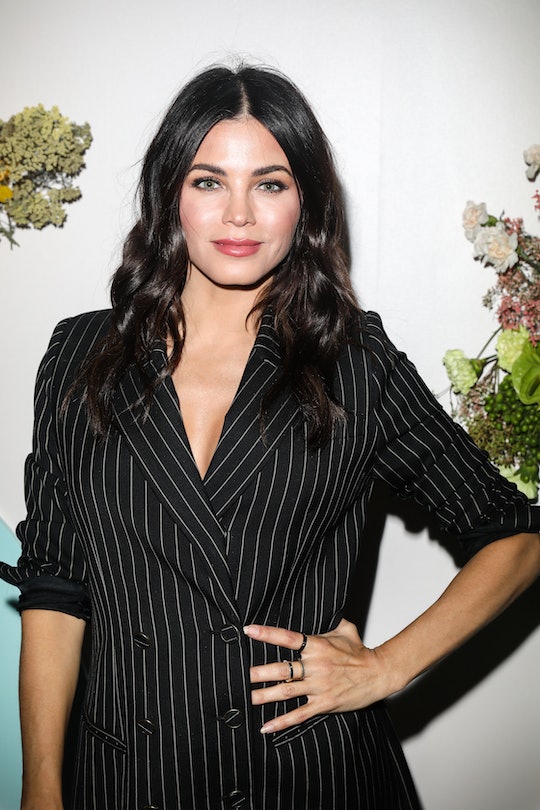 When Is Jenna Dewan Due? The Actress Will Be A Mom Of Two In 2020

Fans of Jenna Dewan were likely shocked and thrilled about her most recent family update. That's because the actress/dancer/author revealed she and her boyfriend Steve Kazee are expecting their first child together. Naturally, plenty of people are probably wondering about now: When is Jenna Dewan due?

As a refresher, Dewan shares a 6-year-old daughter, Everly, with her ex-husband Channing Tatum — who announced their decision to separate in spring 2018 after nine years together, according to Today. Kazee and the Step Up actress were confirmed as a couple in October 2018.

It was on Sept. 24 that news broke of Jenna Dewan's second pregnancy. “We are beyond overjoyed and couldn’t be happier to be expanding our family!” the couple told People at the time. What they didn't mention at the time, however, was when this bundle of joy is expected to arrive. So let's do a bit of investigating, shall we?

It's not a hard and fast rule, of course, but many expecting couples choose to wait until the mom-to-be is nearing her second trimester of pregnancy to reveal a pregnancy — usually around the 12-week mark. That's because it's at the end of the first trimester (between 10 and 12 weeks) that the risk of miscarriage drops dramatically, according to BabyCenter. Still, plenty of expecting women share their news as soon as they find out, while others wait until the halfway point, or even later. What it boils down to is personal preference.

Just for giggles, let's pretend that Dewan was 12 weeks along on the dot when her pregnancy news was shared. Counting up to 40 weeks from Sept. 24 would put her due date at April 7. But who knows? Perhaps she's actually a bit further along at this point.

Another clue could potentially be found in Dewan's first photo of her bump, which she shared the day her pregnancy news broke, Marie Claire reported. The shot featured the mom-to-be lying in bed with Everly in what is presumably her daughter's bed. "Becoming a mother is quite simply the absolute best most incredible thing that has ever happened to me," Dewan captioned the photo, in which her bump is visible under a white shirt. " @stevekazee you are a gift from above and I couldn’t be more excited to be expanding our family together...! Thank you guys for all the love!!"

Although some people might try to estimate Dewan's due date based on the size of her bump in this photo, I refuse to even attempt to do this. Having birthed four children myself — and knowing that women can carry their babies very differently, even from pregnancy to pregnancy for the same woman — it's impossible to gauge how far along someone is with only a simple visual assessment. It's worth mentioning that PopSugar estimated Dewan's due date to be sometime in March. (Based on what, I'm not sure.)

Honestly, that doesn't sound too far off to me. Just to be on the "safe" side, I'll go ahead and predict a spring 2020 baby. Whenever Jenna Dewan's due date happens to be, though, I wish her the best as she and her family prepare to welcome another little one. Congrats, again, on baby number two!