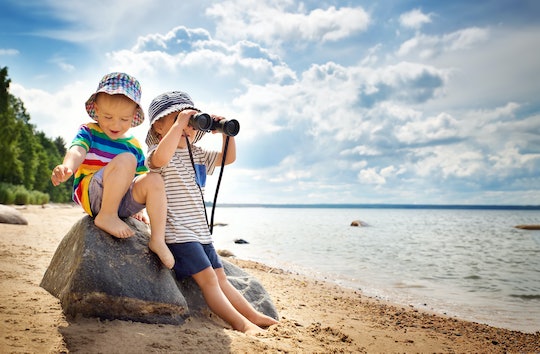 Although it's still as hot as Hades outside, the summer will be winding down pretty soon. In fact, the final big holiday of the season is just around the corner. So when is Labor Day Weekend 2018? Get ready to fire up those grills soon for one final hurrah, because that beloved three-day weekend is fast on its way.

This year, Labor Day falls on Monday, September 3, 2018, as noted in Calendarpedia. It's the unofficial end of summer for most people in the US, even though the actual season continues until autumn begins on Saturday, September 22, as explained in The Old Farmer's Almanac. Despite what the calendar says, Labor Day signifies a final long weekend to enjoy cookouts, pool time, and other summery activities. After that, the school year cranks up in earnest, and Halloween will arrive before you know it. It's wild, right?

So plan to enjoy this little break with your family if possible. Catch a baseball game, go on a picnic, take a hike, or fit in one final beach visit. Just catching a the final rays of summer together will make the mini holiday that much sweeter. It's the perfect time to simply catch your breath and relax, because that's what the holiday is all about. If you can, make it all about play and not work.

Observed on the first Monday in September, Labor Day celebrates the achievements of the American workforce, as explained by the U.S. Department of Labor. It is a creation of the labor movement that's been around for over 100 years, and it has a pretty cool history.

Like so many yearly celebrations, the exact origins of Labor Day are kind of lost to time. Some people claim the holiday was dreamed up by Peter J. McGuire, general secretary of the Brotherhood of Carpenters and Joiners and a co-founder of the American Federation of Labor, but others believe that machinist Matthew Maguire was the true founder back in the 1880s, according to the DOL. In either case, Labor Day became an official federal holiday back in 1894, as further explained by the DOL.

For plenty of people, this idea of honor for the American workforce is still a central part of Labor Day. "Each year, Labor Day gives us an opportunity to recognize the invaluable contributions that working men and women make to our nation, our economy and our collective prosperity. It gives us a chance to show gratitude for workers' grit, dedication, ingenuity and strength, which define our nation's character," said Thomas E. Perez, who served as the 26th United States Secretary of Labor. That real reverence for the American work force is still very much alive.

Whatever your line of work, plan to take a few moments to chill this Labor Day weekend. Whether you're out at at big summer block party or just having a low-key evening with the kids, you've definitely earned a few minutes of rest and relaxation. Say good-bye to summer and hello to sweater weather, dropping temps, and pumpkin-flavored everything.