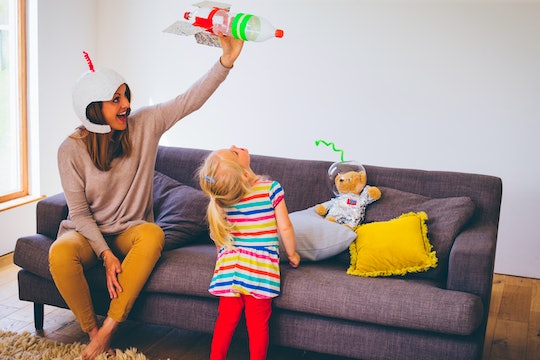 When Mercury messes up your feel-good vibes, put a tinfoil hat on and lean in. SolStock/E+/Getty Images

When Is Mercury Retrograde Summer 2020? It's Time To Prepare Yourself

Do you know what doesn't sound like fun right now? A big middle finger from the cosmos out there to make life even more difficult. Whether you believe in it or not, the stress of today might make you question when Mercury goes into retrograde summer 2020, because if there's even the scantest possibility it could cause more havoc, you want to be prepared.

It must be coming soon, because I have tried to drink from my closed SodaStream bottle not once, but twice, banging my tooth in the process. As it would happen, Mercury goes into retrograde on June 18, 2020, and it ends July 12, 2020. Isn't that just the crap frosting on the misery cake of 2020?

It's worth noting that, arguably, there is absolutely no scientific evidence to the phenomenon of mercury retrograde that would point toward all of the havoc we attribute to it. Basically, when a planet is the closest to the sun in our solar system during its orbit, it appears to move backwards — in retrograde — in the night sky, noted Mental Floss. Before we had a better grip on astronomy, astrologists linked this period to a wonky time for meetings, electronics, and in my case, bottles of seltzer. If you're a believer, Astrology Zone noted that this is the one out-of-this-world phenomenon that affects most of us similarly — zapping appliances, causing frenzy in communication, and generally screwing things up.

Even though there truly is zero scientific evidence, and it's all superstition, that does not mean I'm going to stop blaming it for my own minor problems. It's kind of like the old wives' tale of a full moon causing labor. There's no science, but ask a nurse on the L&D ward how she feels about the full moon, you know?

Honestly, when I begin to feel myself questioning, "When does Mercury go into retrograde?" I should just slap myself instead. I am only giving power to the words and bringing it on with my own irritation. But there is some good news — Astrology.com reported that many find Mercury retrograde to be a time of great reflection. I mean, this has been a year to remember already, but if you can look inside yourself and change your perspective because of a planet's alignment with the sun, why not, right?

The truth is, all that screwiness of Mercury retrograde is really just an illusion. Yup, it's a big ol' planet punking. It's our planet's fault that this visual blunder occurs at all. And to that I say, thanks, Earth.