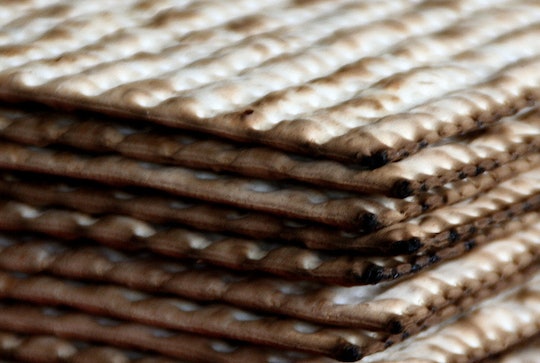 When Is Passover In 2016? The Jewish Holiday Falls On A Weekend This Year

Some holidays are set in stone, while others have more variable dates that move around every year. Passover is one such moveable holiday. When is Passover this year, anyway, and how is that date decided?

For 2016, Passover is April 22 to 30, according to Chabad.org. What does this mean for Jewish people? As noted on Tori Avey, Passover, known as "Pesach" in Hebrew, "commemorates the exodus of the Jews from slavery in Egypt." It refers to the idea that the houses of Jews were "passed over" during the Egyptian plague in which the first born child of every family was slain. So this celebration has been around for approximately 3,000 years.

Passover typically falls in April, and it lasts for seven or eight days. But it gets a little more complicated than that. "Adding to the confusion is the fact that a Jewish 'day' starts at sunset, and holidays start the evening before the day on your secular calendar," JewFAQ noted. "For example, if your calendar says that Passover starts on April 24, families will be getting together for Passover dinner on the night of April 23." So this is a good thing to keep in mind if you're scheduling plans with Jewish friends during this time of year.

So how is Passover's date determined each year?

Because the Jewish calendar follows the lunar cycles, its holidays sometimes vary when transferred to the Gregorian calendar. But Passover does occur on the same day every year on the Jewish calendar. JewFAQ.org notes that it starts "the night of a full moon in April." But keeping the different calendars aligned requires some forethought. "The Jewish calendar is a lunar calendar, with 12 lunar months of 29 or 30 days, which is about ten days short of a solar year, so seven years in every nineteen have an extra month. This ensures that the seasonal feasts keep to their correct seasons," according to Wildolive. It's like a leap day on a much bigger scale.

If converting between the two calendars seems confusing, there are plenty of Hebrew date converters online. There are even apps for the Jewish calendar and Passover checklists. Basically, tech has made following this traditional holiday easier than ever.