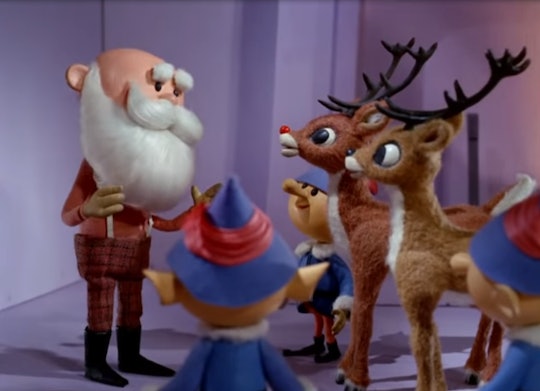 TV specials are one of the best things about the holiday season and a few of them have taken on almost epic status in U.S. households. Frosty the Snowman, Elf, Miracle on 34th Street, and others are appointment TV that people want to be sure they don’t miss. But the granddaddy of them all has become the longest-running Christmas special in history, according to Mashable, and you want to be sure to catch it again. So when is Rudolph the Red-Nosed Reindeer on TV this year?

When I was young, the network only aired these Rankin-Bass holiday specials once, so it was a big deal to be sure the calendar was clear. Now they are scheduled at least a couple of times, so you have a slightly better chance that it will fit into your life. And of course, there’s always DVR, but there’s something so special about watching these specials while they're being aired.

Rudolph will first come to TV this year on Nov. 27 at 8 p.m. ET on CBS, according to TV Guide. A website called ChristmasTVSchedule.com – yes, there really is such a magical place! – said it will also air on Saturday, Dec. 8 at 8 p.m. ET.

If you can’t get enough of Rudolph, there are two more specials featuring our glowing friend. On Saturday Dec. 1 Rudolph & Frosty’s Christmas in July airs at 8:30 a.m. ET, and Rudolph’s Shiny New Year airs at 4:30 p.m. ET. I would expect they’ll schedule that second one for another showing as the New Year approaches too.

But it’s the original Rudolph that has captured so many hearts for so many years. Maybe it’s the simple story of feeling under-appreciated and trying to find your place in the world. Maybe it’s the depth of the story, which takes viewers from the North Pole, to the Yukon, to the island of misfit toys. Maybe it’s the wonderful range of characters, including all the reindeer, Hermey the Elf, Yukon Cornelius, Bumble the Abominable Snowman, and more. There’s just something undeniable about this simple story told through the decidedly complicated medium of stop-motion. According to Mashable, it took 24 frames to complete just one second of the animation. That’s a lot of work. In fact it took 18 months of work to complete the hour long special, the outlet reported.

But the magic of stop-motion is unmistakable in its simplicity. New York Magazine TV critic Matt Zoller Seitz told CBS News, “The Rankin-Bass characters are just fun. Their bodies and their heads don’t match up. Their movements are very awkward and strange.” Maybe that’s why it’s the perfect avenue to tell this story of a misfit on a search for acceptance. CBS News reported that the Rudolph influenced current stop-motion directors like Tim Burton and Wes Anderson. Henry Selick even told the outlet that he included an homage to Rudolph in The Nightmare Before Christmas.

Whatever it is that draws you Rudolph, be sure and check your calendar and mark it for one of the dates above. Let the magic of the season light your way!