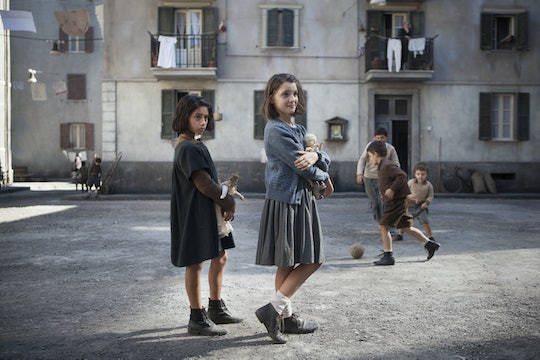 A second season of the well-regarded series My Brilliant Friend has been ordered. The show, which airs on HBO in the U.S., was originally billed as an eight-episode miniseries based on the novel of the same name. However, as soon as word broke that the bestselling book was being made into a TV series, there was speculation that it could be expanded. Now that it’s official, when is Season 2 of My Brilliant Friend set to premiere?

The first season aired on HBO for consecutive days (Sunday and Monday) starting Nov. 18, with the final episode on Dec. 10. On Dec. 4, The Hollywood Reporter announced that Season 2 had been green lit, quoting the network’s president of programming, Casey Bloys, who said, “We’re thrilled that Elena Ferrante’s epic story has resonated so powerfully with viewers and critics, and we look forward to the continuing journey of Elena and Lila.”

As you’ll recall, Season 1 depicts the ever-changing friendship of two girls in a small town outside Naples, Italy, beginning with their first adventure as primary age children. Over the course of My Brilliant Friend, Elena and Lila compete when it comes to education, boys, and pretty much anything else that comes between them. But their bond is strong, though it’s tested in the first season finale.

Fans have seen them as children and now teenagers, so what’s next? The second book in the Neapolitan Novels series, titled The Story of a New Name, sees Lila and Lena as young adult women, continuing to head in different directions. But as the book’s description says, “the two young women share a complex and evolving bond that is central to their emotional lives and is a source of strength in the face of life's challenges.” As was the case in their formative years, the pressures of their families and the world they live in are interwoven with the honest depiction of female friendship.

As of yet, there is no official news on when My Brilliant Friend Season 2 will arrive. HBO, along with Italian network RAI, recently announced that the “epic story” would continue. Fabrizio Salini, CEO of RAI, said that the company “is deeply proud of the extraordinary success of My Brilliant Friend. It’s an important milestone that confirms our commitment to focusing on international co-production, as well as on the value of Italian talent.” The show used exclusively Italian actors for all of the roles, primarily those from the Naples region, which included many unseasoned young actors such as, Elisa Del Genio and Margherita Mazzucco (who both portrayed Lena) as well as Ludovica Nasti and Gaia Girace (who starred as Lila over different periods of her young life).

Despite the lack of news, chances are HBO will let fans know sometime in early to mid 2019 when Season 2 is on its way. Either way, expect the continuation of this captivating story to feature more intelligent dialogue and impassioned acting from whomever is featured next time around.