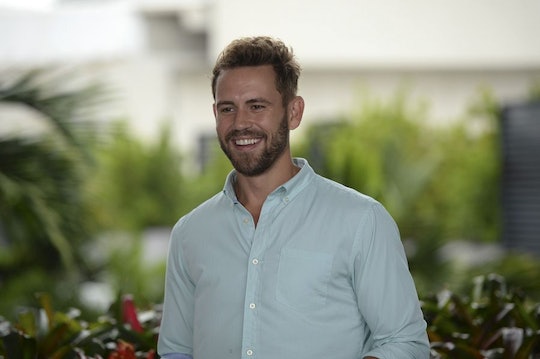 Season 21 of The Bachelor has been a whirlwind, to say the least. Nick Viall either sent women home at will or kept them around when he didn’t feel like sending anyone home at all. There were also plenty of tears to go around and lots of reflection that included staring off into the distance. For all of the drama, it’s all about to come to an end and it still feels too soon, but when is The Bachelor Season 21 season finale?

Nick’s season is almost over, but the best is yet to come when he finally chooses between the final two women, proposes, and hopefully get a “yes” this time around. Dude is 0 for 2 at this point, so let’s hope he gets something out of this besides social media product promotions and a modeling career. (Although neither of those sound awful either.)

The season finale of The Bachelor will air on March 13 starting at 8 p.m. ET and last for two hours as per usual. Immediately following, though, will be the After the Final Rose special, which will kick off at 10 p.m. ET and last an hour. The special is almost as good as the actual finale since it allows fans to see the now-engaged couple together in public for the first time since they no longer have to hide how things played out. So trust me when I say this is something you definitely don't want to end up skipping out on.

Right now, Nick has three women left to choose from and they’re honestly all amazing. Raven has totally grown on me and seems to be one of the most genuine contestants of the season. Meanwhile, Vanessa seems like a legitimately good match for Nick specifically, and Rachel is Rachel. She’s always been a fan favorite, though we know she won't end up with Nick, considering she's the next Bachelorette. But maybe her elimination doesn't go down the way we assume it will. There's always the possibility that Nick proposes to Rachel in the end, but she decides to reject him (can his heart honestly handle that again?), or the After the Final Rose special might reveal that Nick and his fiancée have split. (I don’t think my heart could handle that.)

As Nick’s season of The Bachelor comes to an end, it’s hard not to wonder what other drama or surprises will be rolled out since the entire season has been kind of unorthodox at times. But the Bachelor season finale will hopefully give Nick the chance to cement a real lasting love without too many tears shed from literally everyone.