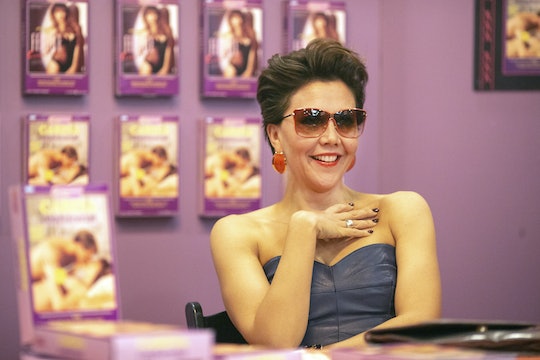 Though The Deuce is about to embark on its third season on HBO, it covers a lot more time than just three years. Its first two seasons zipped through the 1970s in 17 episodes; the upcoming season plans to leave that decade behind entirely. But when is The Deuce Season 3 set?

The last time audiences saw these characters, it was 1977. Eight years have passed since then within the world of the show; when Season 3 begins, The Deuce will skip ahead of 1985. Understandably, a lot has changed in the interim, though everyone must have really dedicated skincare routines, because they won't look much older than they did previously. Seems like all that period-appropriate smoking had no effect at all!

Back in 1977, most of the characters were on the precipice of new opportunities. Eileen "Candy" Merrell (Maggie Gyllenhaal) had found success as an adult filmmaker; Lori (Emily Meade) was about to embark on a career as an adult film star without C.C. (Gary Carr) controlling her every move. Darlene (Dominique Fishback) left sex work behind, and her former pimp Larry (Gbenga Akinnagbe) attempted to do the same. Dorothy's (Jamie Neumann) death left Abby (Margarita Levieva) reeling, perhaps ready to take on greater activism. Vincent and Frankie (James Franco and James Franco) were also there. The VCR was about to change everything in the porn industry. And it seems like it did.

Eight years might seem like a big gap, even for a show known for jumping around, but the new setting was carefully chosen. It's a turning point not just for the characters, but for New York City — and Times Square, which has served as the central locale since Season 1. Its transformation from a seedy part of the city to the tourist attraction it is now was still just getting started in the '80s, but the groundwork was being laid. "What would happen to Times Square would happen over time, and it's still happening," showrunner David Simon told The New York Times. "But we're at least at a place where we can imply the future."

There are many reasons why The Deuce chose to shift forward in time for its final six episodes. It has been telling a very specific story since the beginning, and that story is now coming to an end. That meant the show had to be a little creative with the timeline so they could fit 13 years into three and finally come full circle.

The Deuce premieres on HBO on September 9 at 9 p.m. ET.