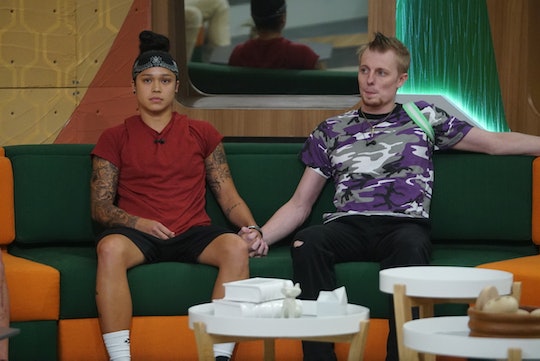 While every season of Big Brother varies, there are a few things that fans expect every year. Those include a battle back competition and a double eviction night. Last Thursday, host Julie Chen announced a jury battle back, but now fans are wondering when is the double eviction on Big Brother? It has to happen soon.

If you are unfamiliar with a double eviction night, it is a fun night for viewers, but a bit of surprise for the houseguests. At the start of the night is the live eviction, in which someone is sent home. Right after that an entire week of game play, including the head-of-household competition, veto competition, and another eviction, plays out — in one night. Because everything happens so quickly there is really no time to strategize or campaign. This is why houseguests usually try to guess when the double eviction night will occur so they can try to prepare.

Additionally, being HOH during a double eviction is a double edged sword. On the one hand, you guarantee yourself safety, but on the other hand, you are only in power for one night and following the double eviction you cannot then play in the next HOH competition — leaving you open to be sent out the following week.

With a double eviction on the horizon, the game will probably start to move rather quickly in the upcoming weeks, and soon a winner will be crowned. So far, Level 6 has maintained their power week after week, only losing two of their members. The group has successfully turned the other side's HOH reigns against them, sending out their own allies. However, once it is down to just Level 6, hard decisions will need to be made.

Side deals have already begun, with Tyler making final two deals with everyone in the house. Currently the Level 6 plan still seems to be to get rid of everyone else before targeting each other, but that could easily change. It will be interesting to see who turns on who first and if their choice of who to bring with them to the final two leads them to victory or second place.