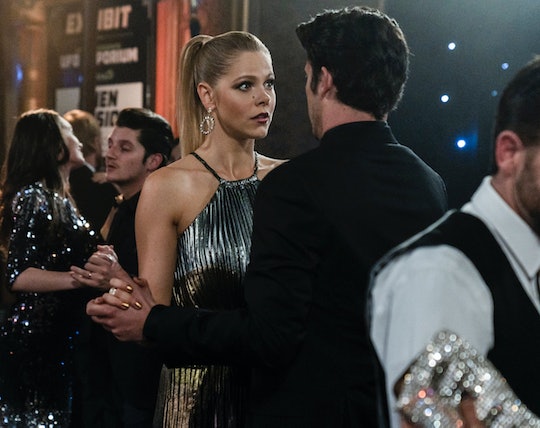 Season 1 Of 'Roswell, New Mexico' Will End With A Shocking Death

Summer is here, which means all your favorite CW shows are coming to their season’s ends. The network’s newest series, Roswell, New Mexico, is getting a short, 13-episode first season, and now that fans are on the heels of Episode 12, that means there’s only one installment left before the show goes on hiatus for the summer. So exactly when is the season finale of Roswell, New Mexico going to air?

The Season 1 finale of Roswell, New Mexico airs Tuesday, Apr. 23 at 9 p.m. ET on The CW. For fans of the show, 13 episodes may not be as satisfying as the 20-plus-episode seasons they’re used to getting from the CW. As of now, the network hasn’t released any news on the future of the show, but according to TV Series Finale, the ratings for Roswell, New Mexico have been consistent, which means there’s a good chance it will return for a longer second season.

As reported by Comic Book, the network’s official synopsis of the final episode — titled “Undoing the Past” — describes the exciting revelations and twists to come. Max (Nathan Dean Parsons) and Michael (Michael Vlamis) find themselves at an impasse over how to deal with the fourth alien,” reads the description. “Liz (Jeanine Mason) has a dangerous encounter with an unexpected visitor. Kyle (Michael Trevino) spirals after uncovering a dark secret about his father’s death. And Michael is forced to make a difficult decision about his future.”

In an interview with Collider, showrunner Julie Plec talked about what she has planned for the finale, and how the shows mysteries will come to the forefront. “The finale was really just about bringing a lot of full circle elements in there, and a lot of delivering on relationships and delivering on mysteries that were teed up in the pilot,” said Plec. “It was just about bringing that home and trying to make it as epic and beautiful in scope, on a much tighter schedule than we could on the pilot, but using the desert, and using the romance of the sunsets and the sunrises, to help the story.”

Plec also said that she hopes the season finale will bring Roswell, New Mexico fans some closure, as well as some major plot points to look forward to next season. “I think they’re gonna freak out,” she told Collider when asked about what she thinks fan reactions will be. “It delivers on relationships, and all of the relationships, in spades. And it ends on a massive, wild twist that’s a huge cliff hanger, emotionally, with the mystery, the plot, and everything. It’s built to really make people want to come back for more.”

When talking to Entertainment Weekly, creator and writer Carina Adly Mackenzie revealed that the last two episodes will provide some answers about the aliens’ history, and fans will finally get to see the secret government facility that Kyle’s dad was talking about from his deathbed. She added that Alex and Michael and Liz and Max will all go through some game-changing relationship experiences, and fans will get hit with a shocking death before the season ends.

“By the end of the season, there will be at least one more casualty” said Mackenzie, while noting how surprised everyone was by her pitch for the finale. “The last few minutes of the finale are going to change everything. When we pitched our plan to the studio and the network, we got a lot of, ‘Are you SURE? Like…really sure? Like really, really, really, very sure?’”

It looks like Season 1 of Roswell, New Mexico is going to end with a nail-biting cliff hanger, but hopefully, fans will get news of Season 2 renewal soon.

More Like This
10 Kid-Friendly Halloween Episodes From TV Shows Your Little Vampire Already Loves
'The Proud Family: Louder & Prouder' Is Returning For Season 2 On Disney+
'Workin’ Moms' Season 7 Is Reportedly In The Works! Here’s Everything We Know
The Office Halloween Episodes: A Definitive Ranking