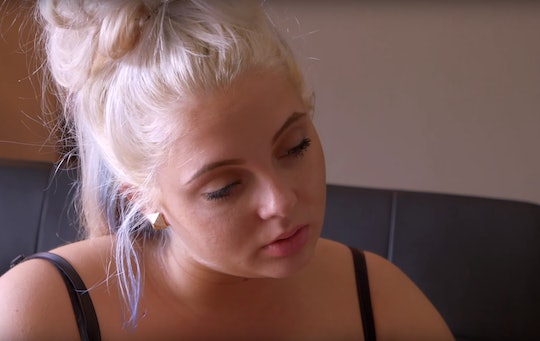 For fans of MTV’s hit reality series, Teen Mom: Young & Pregnant, watching the struggle and drama the young pregnant women face can become an emotional investment. With the first season coming to an end, now fans are curious as to how the new moms are doing and how their relationships are faring. So you may be wondering when the Teen Mom: Young & Pregnant reunion is. Everyone is anxious to get an update on their favorite young mothers.

Luckily, Teen Mom fans don’t have to wait much longer. The Teen Mom: Young & Pregnant reunion is set to air on Monday, June 25 at 10 p.m. ET on MTV. The network revealed that all the new moms will be there, including Ashley, Jade, Brianna, Kayla, and Lexi, while they “come together to rehash the wildest moments of the season,” with reality star and host Angela Simmons, from WeTV’s Growing Up Hip Hop. The reunion is set to take “a deep dive with each mom,” and the teens will be asked about some of the season's most outrageous and popular scenes.

While fans are waiting to rehash all the drama with the young mamas during the reunion, some on Twitter are less than thrilled with the choice of host. Angela Simmons, daughter of Rev. Run and niece of mogul Russell Simmons, has been dealing with her own fair share of relationship drama with her baby’s father, Sutton Tennyson. Teen Mom fans were apparently are not entirely sure that Simmons had the experience necessary to oversee the reunion. Some preferred Dr. Drew.

After watching the drama between Ashley Jones, her baby's father, Bar Smith, and his difficult mom, Shenandoah Williams, it’s understandable that fans want to know how things have played out since then. And after all the ups and downs between Lexi Tatman and her boyfriend, Kyler Lopez, people are wondering how the couple is doing. I’m sure there will be plenty of new information surfacing during the reunion, but you can always look to the cast's Twitter and Instagram pages for updates as well.

Fans have been asking the cast about whether or not there will be a Season 2 of Teen Mom: Young and Pregnant, with the hopes that the same cast returns. However, it doesn’t look like the stars have any details or info on the future of the show. When asked about coming back for another season, Lexi told one Twitter follower that if the show isn’t renewed for a second season, she still plans on keeping fans in the loop. In her reply Lexi wrote, "So me and Kyler actually want to do a live stream every Saturday just to talk about random things and life. You can catch us on it."

Kayla Sessler also took to Twitter to reflect on her life after watching her own drama play out on TV. After going through her own series of breakups and makeups with her boyfriend, Kayla had to have noticed the pattern. In her tweet Kayla wrote:

I’m young and I’m learning 🙌🏼 Watching this season on tv has made me realize a lot. I didn’t always handle things the best way & am not proud of all of my actions. All I can do is learn from my mistakes & do better moving forward 💯 Thanks for watching with me & hope u enjoyed.

There is still no official word on whether the stars will come back for another season, but at least through the reunion special, fans will get one more chance to revisit the women and their compelling stories. MTV will be airing the last four episodes of Teen Mom: Young and Restless on Monday, June 25 from noon onwards, and then end the mini-marathon with the reunion special at 10 p.m ET.