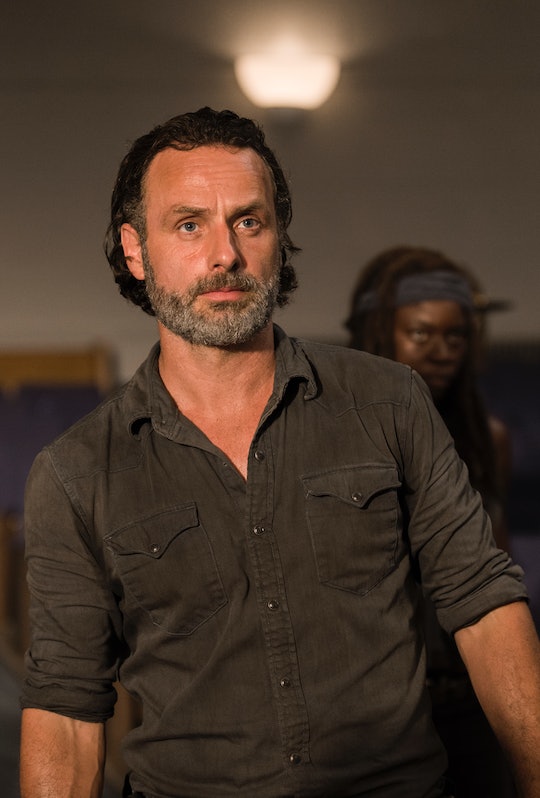 The Walking Dead is halfway into the second half of its seventh season, and it's in a very different place than it started. The season had been mired in so much trauma and torture that the turnaround in tone following the midseason premiere was a serious relief. There's finally hope in the world of The Walking Dead, but just because things are looking up now doesn't mean that it will last. Things like this are cyclical, especially on this show, and every minor victory is usually followed by another disappointment. Wariness of what's to come is especially understandable with a major war on the horizon, and the season finale promises its fair share of tough moments. But when is The Walking Dead Season 7 finale?

The Walking Dead Season 7 finale will air April 2, which is a little less than a month away, though it may feel like Season 7 only just returned. There are four more episodes left in the season, which means there is still a lot of ground to cover as Rick gets closer to confronting Negan one more time. In the finale itself, which is titled "The First Day of the Rest of Your Life," there will be intensity and heartbreak, as well as even more loss, but the sense of hope will remain. As always, these characters have to keep pushing on no matter what.

The final episode of Season 7 was characterized as "expansive" by showrunner Scott Gimple, as opposed to the claustrophobic feel of the Season 6 finale. "[Season 6's finale] was the noose tightening and things getting darker and darker," Gimple told TV Line. "This season's finale has darkness and light, real horrific moments, betrayal, and real moments of beauty, redemption, love, and friendship. It's sort of the panoply of human and Walking Dead experience."

Greg Nicotero directed the episode (which was written by Gimple, Angela Kang, and Matt Negrete) and in an interview with ComicBook.com, he said that the Season 7 finale was "everything that you would ever want. It's thrilling. It's emotional. It's powerful. Everything that when our show fires on all cylinders you can't stop it." Though Season 7 began in the darkest possible way, in its final episode fans will finally see the emotional payoff for putting up with all that suffering.

Season 7 may have started in an incredibly grim place, but it looks like it might end on a high note.