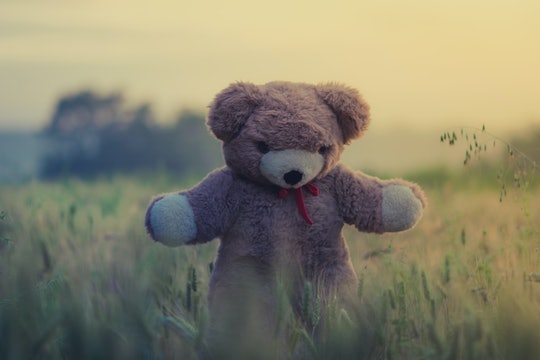 Here's When To Replace Plush Toys

When I was a kid, I carried around a stuffed Mickey Mouse every day. The toy was so special to me, because it was the toy my biological father gave me during a trip to Disneyland. I ate with it, slept with it, and did pretty much everything else with it, too. I was so attached to that toy, that my mom would sew it back together every time a hole appeared. The damage to the bear became so frequent that my mom started to question when to replace plush toys so that she wasn't continuously repairing that old bear.

Though she never threw it out because it was a special toy to me, she did make sure that she washed it frequently and encouraged me to take good care of it so that she wouldn't have to throw it out. As Martha Stewart noted, a good way to help keep the plush toys in good condition is to not let it leave the house except on special occasions. My mom actually used this method too, and it kept me from losing my beloved Mickey Mouse or having something horrible happen to it.

Another way to keep your child's toy in good standing is to wash it frequently. Martha Stewart suggested un-stuffing and washing the toy to make it look new again. Though un-stuffing may not be necessary, the site noted that the area where the toy had been hand-stitched in the factory will be looser and easier to remove and will look different, too. Similarly, Apartment Therapy suggested putting the plush toy in a mesh bag or zippered pillowcase and washing it on a cold, gentle cycle — if it's machine washable, of course. Letting the toy air dry is recommended, but if you absolutely have to use a dryer, be sure to dry it on low heat.

Eventually, I understood the importance of taking care of my Mickey Mouse and, because of my mom's advice and the steps she took to keep it preserved, I still have it now. So, if you're thinking of replacing your kid's plush toy, try encouraging them to take good care of it and using the above steps to help keep it in the best condition possible.